The Oil Age Is Coming to a Close

Demand for crude is destined to decline, delivering a shock to cities and towns dependent on energy extraction. 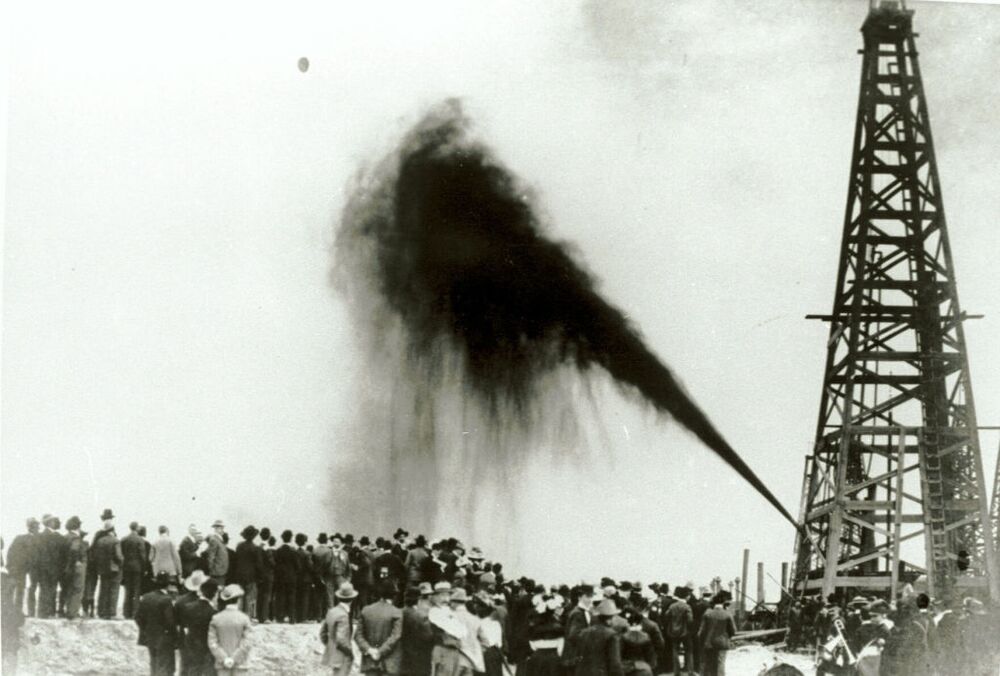 It was a great ride.

Noah Smith is a Bloomberg Opinion columnist. He was an assistant professor of finance at Stony Brook University, and he blogs at Noahpinion.

The oil industry faces an uncertain future. The world is rapidly waking up to the severity and immediacy of the threat from climate change. At the same time, electric vehicles are getting cheap enough to compete with internal-combustion engines. BloombergNEF expects electrics to begin taking over in about a decade: 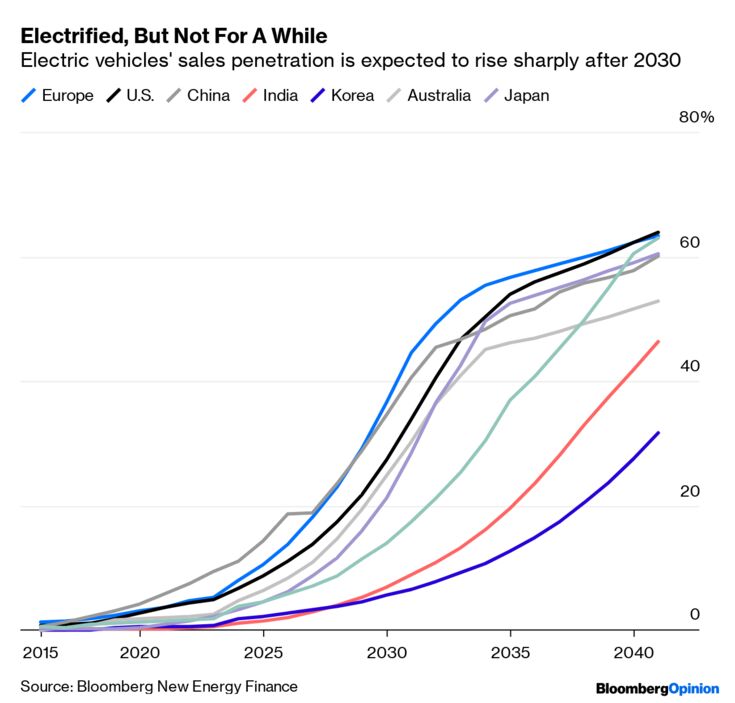 Meanwhile, concerns over groundwater pollution are leading to growing calls for a ban on hydraulic fracturing, the main source of increased U.S. production during the past decade.

This doesn’t mean the petroleum industry will die. Plastics, most of which are derived from oil, will continue to be important for a huge variety of consumer and industrial applications. And aircraft and ships will take longer to shift from oil-based fuels. But it does mean that consumption will shrink. Where a decade ago people talked fearfully of oil supplies running out, now some are predicting that demand for the black stuff will peak in just a few years:

Peak oil is near, while renewable use is set to soar

A Temporary Decline or Something More?

But the pain felt by these titans, and by smaller producers, will only be the beginning. Those companies lie at the center of a vast network of suppliers and oil-services companies, which all will feel the sting of reduced demand. And regions that depend heavily on oil-related industries will see their economies suffer.

Biggest and richest among these regions is Texas, which still produces more than a third of the country’s oil and has benefitted tremendously from the fracking boom. Houston has become a superstar city, attracting talented people from all over the globe to work on the advanced technologies that sustain the petroleum industry. Although the state has diversified its economy quite a lot since the 1980s, by some estimates 1 out of 8 jobs in Texas are supported by oil. A big structural contraction in the oil industry won’t destroy the Texas economy, but it would be a stiff headwind for decades. Jobs are already being lost as the industry retrenches, thanks to low prices.

Meanwhile, the nearby states of Oklahoma and Louisiana are just as exposed, as are many lightly populated states such as North Dakota and Wyoming.

Workers in the energy industry need to be prepared for this shift. For knowledge workers, such as geologists, chemists and software engineers, this means cultivating technical skills that can be useful in other fields such as information technology, pharmaceuticals, health care or finance. For managers, it means establishing a network of professional contacts outside the oil and gas industry. Transitioning out of the industry might mean relocating, but chances are that a city such as Houston will be able to leverage existing concentrations of human capital to lure in new industries. In two decades, Houston might be known as a biotechnology hub.

Lower-skilled workers and fracking boom towns, however, will have a much harder time landing on their feet. In contrast to the coal industry, which has shrunk over the years to only about 50,000 miners, the oil and gas industry employs  more than 700,000 blue-collar workers. Just like manufacturing workers who lost their jobs to Chinese competition in the 2000s or construction workers laid off in the Great Recession, these workers are going to have difficulty finding new jobs for similar pay.

The problem will be compounded for those who live in the small towns and cities that grew up around oil-extraction sites. Americans have been less willing to move from place to place in search of work in recent decades, and big cities are no longer lands of opportunity for those without an advanced education. The decline of the oil industry may leave the country dotted with yet more decaying half-empty ghost towns, unable to pay for the upkeep on their infrastructure, afflicted with drugs and alcoholism and suicide.

Governments at the local, state and federal levels should work to prevent this unhappy future. People in decaying oil towns can be given vouchers to help them to move, perhaps to a nearby thriving college town. The government can offer financial incentives for companies to employ laid-off oil workers, perhaps in growing fields like solar energy. Former oil workers could even get vouchers to pay for them to go back to school.

The march of technology means oil’s days are numbered. And for the good of the planet, that transition has to happen as fast as possible. But it doesn’t mean the people who gave their lives to getting energy out of the ground should have to suffer.

Sixty years of climate change warnings: the signs that were missed (and ignored)