By Jenny Hall and Louis Koen 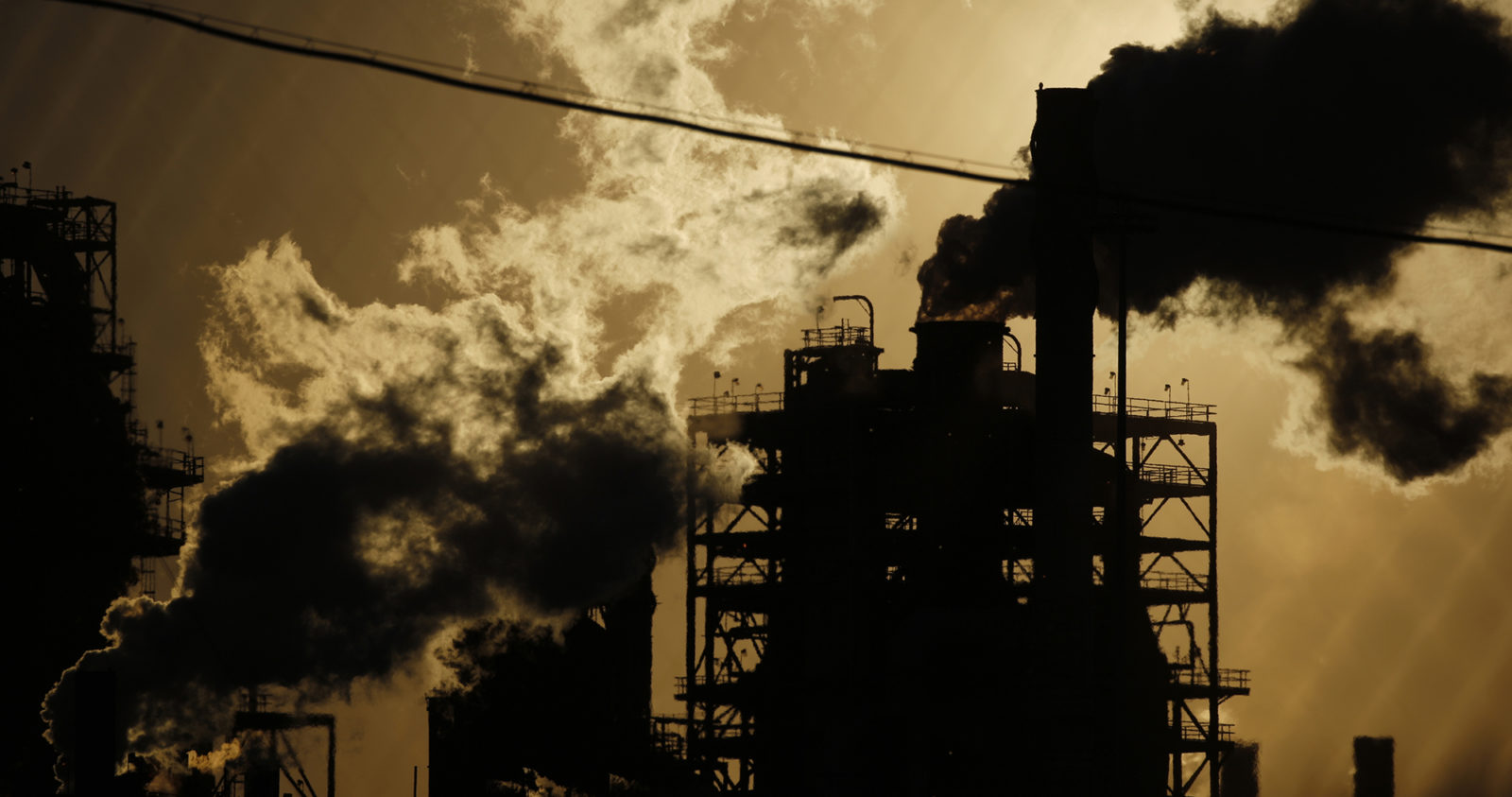 Foreign direct investment may be needed for the Paris Agreement to be effective, but resolving disputes about these investments should not reward non-compliance with climate change targets.

The beginning of 2021 saw several events which, at first glance, suggest there is space for cautious optimism that more ambitious and meaningful responses to climate change are gaining much-needed momentum.

On 3 February, for example, national courts showed their willingness to hold their government responsible to do what is required to meet the climate change challenge when the Administrative Court of Paris (ironically) found that the French government had failed to give adequate effect to its Paris Agreement commitments.

Then, just over two weeks later, and hot on the heels of his inaugural comments that “a cry for survival comes from the planet itself. A cry that can’t be any more desperate or any more clear now”, US President Joe Biden signed an executive order indicating that the world’s second-biggest emitter, the United States of America, was returning to the Paris Agreement.

Governmental responses and critiques must be welcomed, but many of the greenhouse gas emissions that are causing climate change are emitted by big multinational companies, and positive action in this case has often fallen far short of the need for drastic emission reductions. Environmental victories in court, however, are starting to allow for some hope that this will not be condoned.

In the case of Royal Dutch Shell PLC and its subsidiaries, these judgments are important as they place the spotlight squarely on the intersection of human rights, pollution, climate change and corporate conduct.

On 29 January 2021, the Hague Court of Appeal handed down three judgments on a matter that had been launched in 2008 relating to long-standing community struggles against Shell’s oil operations in Nigeria which led to widespread pollution through oil spills and climate change as a result of gas flaring.

The judgments are precedent-setting because, for the first time, a company based in the global North has been ordered to pay compensation for environmental damage done in a developing country.

Shortly after this, on 12 February, the United Kingdom’s Supreme Court held that two Nigerian communities could bring a class action against Royal Dutch Shell for environmental damages — another win for the accountability of multinational companies.

In what is turning out to be a year of losses for Shell in court, on 26 May 2021, a Dutch district court handed down judgment against Shell in a case brought by several NGOs. They argued that Shell is among a group of 25 multinationals that have been responsible for more than half of all the world’s greenhouse gas emissions in the past three decades, and that Shell has a history of misleading statements and inadequate climate action which violated the rights of Dutch citizens.

The court ordered Shell to stop causing dangerous climate change and to bring its emission reductions in line with the Paris Agreement targets. This means that Shell must reduce its emissions by 45% by 2030 from 2019 levels.

While these developments are cause for celebration, optimism is dampened by Shell and other companies’ far less publicised conduct in respect of disputes where environmental policy and legislative tightening affect their bottom line. Too often they are declaring these to be investment disputes and resorting to international investment dispute bodies for relief.

For example, in another longstanding oil spill dispute in Nigeria, Shell’s subsidiary was ordered by a Nigerian court to pay damages amounting to millions of US dollars. Shell’s response was again not to accept liability for the environmental damages which it has caused. Instead, it filed a claim for arbitration against the Nigerian government with the International Centre for Settlement of Investment Disputes (ICSID) on 10 February 2021.

ICSID is an international arbitration institution that handles most disputes between investors and governments, including an increasing number based on government actions aimed at addressing environmental protection and climate change.

Declaration of these disputes is risky for governments because awards often run into billions of dollars, with the average successful claimant receiving in excess of $500-million. Decisions cannot be appealed and statistics show that more than 60% of decisions that are decided on the merits go in favour of the investor.

Several principles that ICSID follows in its proceedings can be climate change unfriendly and used to prefer investors’ rights over government climate change initiatives, or even in complete disregard of the underlying need for climate law and policy.

For example, because investment law often provides for the recovery of loss of future profits, when Germany decided to phase out coal from its energy mix by 2038, it agreed to pay investors in coal-fired power stations more than €4-billion to compensate them for lost profits resulting from the early closure of their plants.

Germany, which is no stranger to being sued in the ICSID over its energy policies and has settled several disputes already, did this in part to avoid claims in investment arbitration.

The Netherlands, on the other hand, which did not offer large compensation packages for the early closure of coal-fired power stations, is now facing a €1.4-billion ICSID claim by RWE AG and a further claim believed to amount to around €1-billion by Uniper SE.

Other ICSID principles can also cause difficulties for the climate agenda.

Legislation that deprives the investor of the use and benefit of its investment (such as the phase-out of coal) may be considered to be indirect expropriation for which compensation must be paid.

Investment tribunals have been inconsistent in their interpretation of the principles which apply to indirect expropriation. However, investors have high prospects of success where the “sole effects doctrine”, a doctrine in investment law that only considers a law’s effect on the investor and not its purpose, is adopted.

African countries may also bump up against other principles which could make them hesitant to implement urgent climate action for fear of facing an expensive ICSID dispute.

As an example, bilateral investment treaties between France and various African countries, including South Africa, contain draconian fair-and-equitable treatment clauses which in essence provide that almost any restriction on the use and exploitation of fossil fuels will violate the treaties. Effectively, this means that any ban on fossil fuels may automatically amount to a breach of the fair-and-equitable treatment clause under these agreements and give rise to an obligation to pay compensation.

The position is exacerbated by the fact that unilateral withdrawals are an ineffective strategy for avoiding liability for climate action owing to long sunset clauses. This is starkly demonstrated by South Africa’s termination of its treaty with France, where investments made before September 2014 will continue to enjoy protection until 2034, 20 years after the termination date.

It does not sit well that while climate negotiators are trying to find ways to up the appetite for raising the $6.9-trillion needed to meet the Paris Agreement goals, multinationals are seeking billions of dollars in awards under ICSID in what effectively amounts to a resistance to climate change measures and shifting the tab for their climate change responsibilities on to governments. This is especially disquieting as there is no guarantee that the awards will be spent on climate change responses.

As preparations for COP 26 pick up speed, it is therefore important that the negotiators focus not only on steps for making the Paris Agreement more ambitious, but also on how other international legal regimes can undermine it.

Perhaps what is needed is a multilateral treaty that excludes countries’ potential liability in investment law for climate action so that investment and climate change responses can be harmonised.

Challenges like these are being discussed in a free seminar series which a group of researchers from Johannesburg-based universities have coordinated and which is being hosted by the South African Institute for Advanced Constitutional, Public, Human Rights and International Law (SAIFAC), a centre in the Faculty of Law of the University of Johannesburg.

The next seminar on 17 June 2021 will host Prof Christina Voigt, the co-chair of the Paris Agreement Committee on Implementation and Compliance. She will address issues including what the current climate legal regime is, what the sticking points are in negotiating a more effective legal response and the challenges that climate change poses for traditional legal approaches.

To register for the online session, contact naomi@saifac.org.za. DM