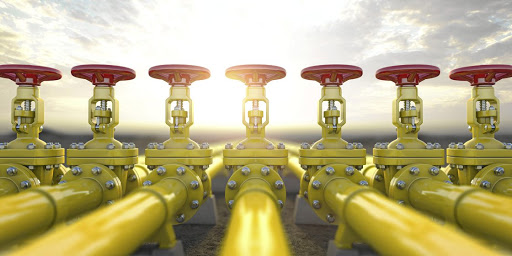 Since Total announced a large natural gas find off the coast of Mossel Bay last year, energy discussions in SA have become increasingly dominated by these so-called "game-changer discoveries".

We are told that the discoveries — and all the gas infrastructure required to be built to exploit them — will "ignite the gas economy", and we are told that gas is essential as a "transition fuel", to form a bridge between our current coal-dominated, and future low-carbon, energy systems.

As pressure grows on the government to take action on climate change, and it becomes ever more obvious that coal’s days are numbered, those who stand to make big bucks from new gas megaprojects — fossil fuel companies, banks, oil and gas consultants, lawyers and, of course, politicians — are becoming more vociferous about a new golden age of natural gas (or fossil gas, as it is more accurately described by climate activists).

It is truly remarkable how seldom we see even the most superficial interrogation of the truth or accuracy of gas-related pronouncements. This is particularly concerning because almost everyone who touts gas as a "game-changer" has a vested interest in gas-focused policy developments.

While burning natural gas releases about 55% of the carbon dioxide (CO²) of burning coal, it is still very much a fossil fuel. Natural gas is also made up of 95% methane, which is a more potent greenhouse gas than CO².

In addition to the effects of burning natural gas for power, there are also significant climate impacts from the release of methane into the atmosphere — both accidental and deliberate — during oil and gas extraction and transport.

The concept of gas as a "transition fuel" must be seen in a global context. The Intergovernmental Panel on Climate Change says the world must be half-decarbonised by 2030, and fully decarbonised by 2050, if we are to hit the target of limiting global warming to 1.5°C.

If we burn the fossil fuels from already operating or under-construction oil and gas fields and coal mines, we won’t even hit a 2°C target.

There is simply no space in the global carbon budget for new fossil fuel exploration and production, irrespective of whether you consider yourself to be a "developed" or "developing" economy.

Even if there were, as the world’s 12th-largest carbon emitter, SA cannot justify any claim for increased carbon budget space.

Even the conservative International Energy Agency says the "clearest case" for using gas to replace coal is "when there is the possibility to use existing infrastructure to provide the same energy services with lower emissions".

Building new gas infrastructure risks "locking in" emissions and crowding out the policy and financing space for the mass construction of least-cost renewable energy.

It isn’t good enough just to claim we need gas as a transition fuel — this is a complex and contested concept.

A new era of catastrophes

Energy modelling shows that, until other flexible generation options are cheaper, we may need some gas to complement the large-scale deployment of renewable energy (which is cheaper than gas and easier to distribute in rural, energy-poor areas). But we certainly don’t need to embark on the wholesale development of a "gas economy" to get it when there is surplus gas in the global market.

Even in the most efficient regulatory environment, it can take a decade from the discovery of gas reserves until first production. By the time SA’s "game-changer" discoveries come online, it is highly likely they will already be regarded as stranded assets.

Replacing coal with another fossil fuel-based energy system does not change any "game". On the contrary, we will perpetuate all of the human and environmental legacies of the past that a "just transition" is supposed to address. Instead of creating a more inclusive, sustainable economy, providing energy access at the lowest cost to the most people, we will further concentrate wealth and power in the hands of a small elite, while ensuring a whole new era of human and ecological catastrophes.

What we need is an energy department that bases its decisions on evidence rather than ideology, and a corporate sector that uses its powers of innovation and persuasion to push for change that benefits the wellbeing of our broader society. Now that really would be a game-changer.

Interview: Author and activist Bill McKibben on the "timed test" of the climate crisis – Bulletin of the Atomic Scientists

How Not To Commit To ‘Net Zero’: 5 Common Carbon Strategy Mistakes
Nuclear technology’s role in the world’s energy supply is shrinking
Comment