Five years after Paris Climate Agreement, why is SA’s response to climate crisis so lethargic? 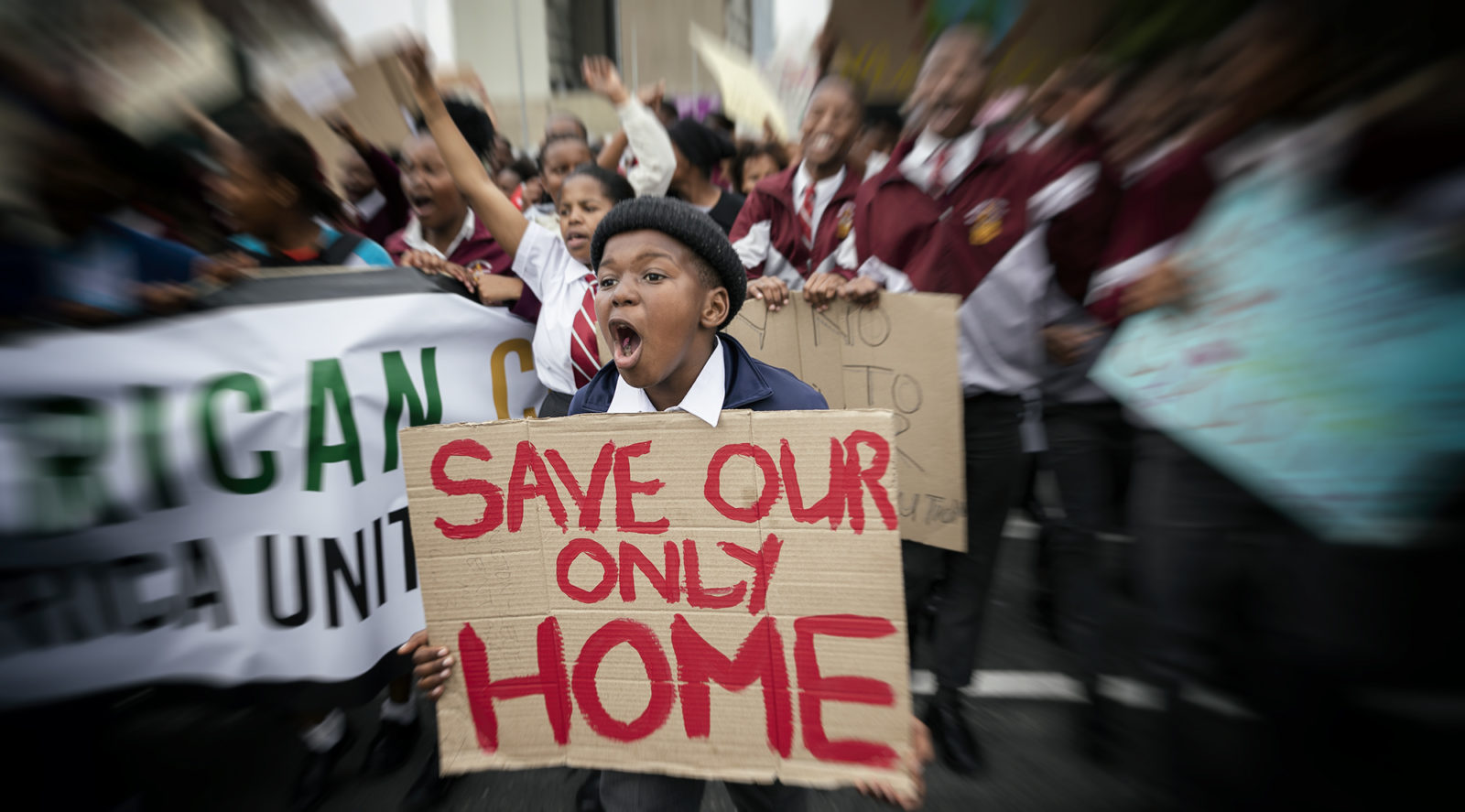 On the eve of the fifth anniversary of the Paris Climate Agreement on 12 December, tough questions need to be asked on South Africa’s lethargic – and blinkered – response to the climate crisis.

Last week I had “The Talk” with my son. He’s seven, and while we haven’t really gone out of the way to shield him from the reality of the world, we thought it was important that he developed some mental tools, resilience and confidence before exposing him to this complicated subject. But kids listen, and it’s never possible to completely manage what they pick up through peers and media. His previous idle questions were satisfied with superficial responses, but this time he was very direct:

“What is the point in trying to stop climate change if it will happen anyway?”

I’ve been dreading the day when he would ask this question, because it means he’s finally starting to notice the mess that we are making of his future. Having worked on climate change for nearly 13 years, I couldn’t think of any good way to represent the intermittent desperation that assails me when I take stock of the real progress we’ve made over that period. Living in South Africa, with its particular vulnerability to climate change, huge socioeconomic disparities and singular responsibility among African nations, it continues to be a very challenging space to work in.

As with everything else, the Covid-19 pandemic has played havoc with plans, aspirations and realities for the global response to climate change. On the cusp of the fifth anniversary of the ground-breaking Paris Agreement on 12 December, all signatories were to bring their shiny, new and improved nationally determined commitments to the table. Sadly, only 16 nations have done so to date, not including South Africa, and the UNFCCC meeting to endorse them and push for more ambition has been postponed until 2021.

Of course, reduced air travel has been good for the atmosphere, and global lockdowns, job losses and consumption reduction have led to an estimated 7% reduction in overall global emissions. In light of the phenomenal human impact of Covid-19, that is akin to finding a molecule-thin silver lining on the periphery of a hurricane.

But hurricanes are rather pertinent to the point, and 7% is coincidentally the UN Environment Programme’s estimate of how much emissions must drop every year to 2030 to achieve the Paris Agreement’s goal. Clearly, locking everyone up is the worst possible way to do that. Just as clearly, the world must plan and act to continue reducing emissions while growing the share of the economic pie accessed by the under-resourced billions.

This is why all nations made commitments under the Paris Agreement.

Of the many differences between being an adult and a child, a key element is the ability to make difficult or uncomfortable decisions in the interests of not just yourself, but also those for whom you are responsible. The Paris Agreement, insufficient though it is to achieve the stated goals, showed a glimmer of hope that modern society could indeed act like adults. It was, if you like, a promise to our children that we would make things better – and indeed, a promise that we would work harder at doing so.

In South Africa’s case, national policies swarm with contradictions and perverse incentives that undermine this commitment. We have committed to “eventually” endorsing a goal of net zero by 2050  (that is, we are committed to making a commitment), but this year, the government proposed plans and legislation to capitalise on Brulpadda and potential other gas and oil finds from our vigorously explored coastal waters. And South Africa still needs a coherent plan to address the removals part of that net-zero equation, despite President Cyril Ramaphosa’s commitment to large-scale environmental restoration.

Thankfully, renewable energy prices continue to plummet, making it cheaper to build new wind and PV than to operate current coal plants in most places in the world. However, last year’s electricity plan artificially limits the integration of renewables, and the energy minister is proposing investing untold millions in the most expensive energy source available: nuclear.

If there is one thing that 2019’s biologically induced economic crisis has made clear, it is that when the rubber hits the road, long-term vision goes out the window. The only reason to hang on to the coal-smeared remnants of an oppressive past is because of a fear to embrace the opportunities of the future. The unprecedented scale of the global stimulus packages dwarfs the amounts needed to realise the global transition to a green economy – it is not beyond our grasp.

In South Africa, where consumption by the top income decile is responsible for 45% of all emissions, incentives for coal or fossil fuels directly translate to benefits for the rich. As such, a quick examination of the national bailout package illustrates how thinly the neoliberal trickle-down veil covers the interests of entrenched money.

Pipelines carrying wastewater from Gauteng to provide cooling water for Medupi and Matimba coal power stations only locks in the current system, at a cost to both those losing the water and those living in the power stations’ toxic penumbra. The much-vaunted cry of “it will provide jobs” is undeniably true of large infrastructural programmes such as the proposed China-funded mineral beneficiation complex in water-stressed Limpopo, but it is even more true of infrastructure that supports a transition to a low-carbon and inclusive economy.

Ensuring the broad distribution of the benefits of a low-carbon transition, and providing a security net for coal-dependent communities is non-trivial – but it is also an opportunity where none existed 10 years ago, and one not provided by our current system.

The government must reach for more ambition in our revision of the nationally determined commitments, and more than that, incentivise the low-carbon future to implement the commitments. But society is moving already, working on climate justice to address the inequities of the system and enable a just transition.

Through the Alliances for Climate Action and the Science-Based Target Initiative, proactive coalitions in society and business are making strong commitments to lead the way. Cities are making commitments and planning for the low-carbon future, even without national government support. Finance companies, waking up to the risk of coal and fossil investments failing to pay their dividends, have withdrawn funding from the proposed Thabametsi and Khanyisa coal plants.

Indeed, in late 2020 we actually have all the answers needed to steer away from the climate impact we’ve seen coming for some time. And with more political and social will, and the support and inputs of the youth for whom the future will be home, we are closer to being able to turn than ever before. But we’re also closer to the wall.

In the end, breaking all that down for a seven-year-old and arriving at a simple message is no mean feat – something akin to a TL;DR (too long; didn’t read) for the kindergarten set. It boils down to this: yes, the climate has changed over the past 20 years and it’s going to get worse; the more we do now, the less pain we’ll have later; as ever, the second-best time to act is now (the best time having already passed); but right now, more than ever, we have the potential to make the shift.

So why keep trying? Because this is the only way forward, and we can still do it. My son is satisfied that the adults are on the case at last, but judging by our government’s performance, I think he may not stay satisfied for long. DM

James Reeler is a land and climate expert with WWF South Africa.