Energy regulator is out of touch over climate crisis, say businesses 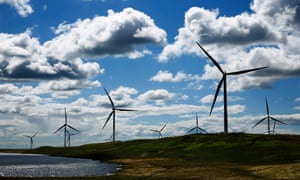 Under its existing remit, Ofgem is required to keep the government’s climate policies in mind but its primary obligation is to protect the interests of energy consumers. Photograph: Murdo MacLeod/The Guardian

The UK energy regulator is under fire for failing to prioritise the climate emergency as it draws up plans for Britain’s energy system.

Britain’s biggest business group, the CBI, is concerned that Ofgem is relying on an outdated policy mandate to regulate the industry and set price controls. It insists that the regulator’s statutory responsibilities must have climate action at its core or risk undermining the UK’s climate targets by scuppering future investment in renewable energy.

Under its existing remit, Ofgem is required to keep the government’s climate policies in mind but its primary obligation is to protect the interests of energy consumers. 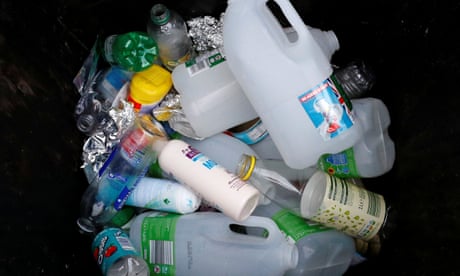 The mandate has not been changed since 2011 after an update drafted within the Energy Act 2013 failed to materialise.

The CBI said Ofgem had already sent “negative signals” to investors by failing to prioritise the government’s climate agenda when it sets new rules.

“We believe that Ofgem should be supported with new statutory duties to enable prioritisation of decisions that promote clean growth and progress towards net zero, alongside fair competition and value for money to consumers,” a CBI spokesman said.

The warning echoes the committee on climate change, the government’s official climate watchdog, which said last week that the UK would fail to cut carbon to net zero by 2050 unless all policymakers aligned with the goal.

Chris Stark, the committee’s chief executive, said it was concerned about Ofgem’s mandate.

“It would be very good for the regulator, and indeed for the government, to make it explicit that achieving net zero is within the regulator’s basket of aims,” he said.

The regulator is facing fierce criticism from the industry over proposals to change the way it charges companies to use the national grid, which could deal a blow to renewable energy developers.

Alan Whitehead, the shadow energy minister, said: “I’ve repeatedly asked the government to implement its own legislation to get this done but, contrary to all reason, they have declined.

“Renewable energy is central to the climate change challenge but Ofgem has not had a statutory obligation to promote the clean green power they’ve been asking for.”

“Industry is concerned about the impact this will have on securing the urgent investment needed in a range of low-carbon technologies,” the CBI said.

One industry source said energy companies had consistently raised the concerns with Ofgem directly but the regulator was “refusing to listen”.

An Ofgem spokesman said the regulator had “never been issued a strategy and policy statement” from the energy act. He said the policy paper went to consultation but was not issued, leaving Ofgem to rely on a policy mandate from 2011.

The spokesman added that drafting a new mandate was “a matter for government” and declined to comment on whether Ofgem would ask ministers to overhaul its policy.

Chris Skidmore, the interim energy minister, has said there “is no obligation” for the government to update Ofgem’s mandate.

He responded to a written parliamentary question from Whitehead last month and said Ofgem’s principal legal duty was to consumers but the regulator must also “have regard” for environmental matters.

A government spokesman said ministers were “confident that Ofgem has a firm focus on cutting carbon emissions from energy. We are the first major economy to introduce a legally binding net-zero target and Ofgem has the powers it needs to contribute towards that.”

Catherine Mitchell, an energy professor at Exeter University, said: “The blame game between the government and Ofgem has created a policy stalemate that the UK cannot afford.

“Neither are willing to bite the bullet and call for climate change to sit at the centre of energy regulation. This means economic regulation is simply not keeping up with the energy industry’s potential to help cut emissions.”

Air travellers may have to pay carbon charge to offset emissions | Environment | The Guardian
Recycling in South Africa, how are we doing? A very practical way of getting started
Comment