Climate change: what is the UK's NDC and why is it important? 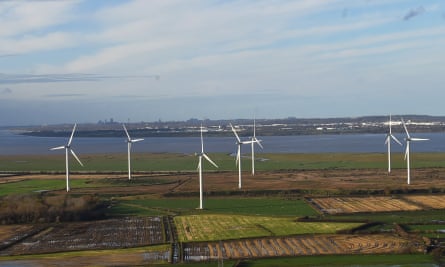 What is the UK’s NDC and why is it important?

Every country signing up to the Paris agreement set out a target, known as a nationally determined contribution (NDC) for reducing greenhouse gas emissions by around 2030. But the initial round in 2015 were insufficient to fulfil the Paris goal, of holding global heating well below 2C above pre-industrial levels, with an aspiration to a 1.5C limit.

The accord contains a “ratchet” mechanism by which each country must toughen its target every five years, so new NDCs must be submitted by 31 December 2020.

Who has come up with an updated NDC so far?

Many developing countries but few of the world’s major economies. China has pledged to cause its emissions to peak by 2030, but a new NDC is still in planning. Japan has submitted an NDC barely improved since its 2015 pledge, so is under pressure to do more. The US will not submit one under Donald Trump, but president-elect Joe Biden will hope to prepare one in his first few months in office.

The EU is hoping to submit a target of cutting emissions by 55% compared with 1990 levels by 2030, after member states meet to discuss the issue next week, though there is resistance from some.

The coronavirus pandemic, which has delayed the next UN climate summit – Cop26 – by a year to November 2021, means many countries will miss the deadline, though they will be encouraged to submit early next year, so the NDCs can be analysed by the UN before Cop26.

What will the UK’s NDC target be?

NDCs contain many components, but the central point is a near-term target for 2030 on emissions cuts, usually compared with a 1990 baseline. For the UK the target will be a 68% reduction on 1990 levels by 2030.

This follows advice from the UK’s statutory advisers, the Committee on Climate Change (CCC). The chairman, Lord Deben, wrote to the prime minister on Thursday to say the 68% target was in line with the government’s long term goal of reaching net zero emissions by 2050, and was feasible.

He also said the 68% goal should be met without recourse to buying “offsets” from other countries – carbon credits that represent tonnes of carbon dioxide reduced, for instance from growing trees or installing solar panels in developing countries. Offsets are controversial, and green groups want them to be excluded from the UK’s carbon targets. The government has decided to follow CCC advice, and will meet the NDC through domestic action in the UK.

However, the target will not include aviation and shipping. These are two major sources of emissions that have historically been left out of climate negotiations, because of the difficulty of regulating them. Campaigners want the government to change this, arguing that ignoring these emissions underestimates the UK’s true carbon footprint.

What was the old target?

The UK’s target under the Paris agreement of 2015, when it shared a common plan on emissions with the EU, was for a 53% cut by 2030. However, that was widely regarded as not stretching, and the UK also had a domestic carbon budget under the Climate Change Act requiring a 57% reduction on average from 2028 to 2032.

Emissions reductions since 1990 have already reached about 45%, but much of this cut was owing to the switch from coal to gas in the 1990s. In recent years, emissions from transport in particular, and from domestic heating, have remained stubbornly high.

Could the government have gone further?

Yes, there was room for a bigger cut, and until late in the process the government was actively considering a slightly more stringent target of 69% reductions. The cost of cutting emissions has plunged in the last few years: the CCC chief executive, Chris Stark, recently told the Guardian the cost of reducing emissions had tumbled even since its previous report last year, which put it at 1-2% of GDP by 2050. Recent research by WWF and Imperial College London suggested a cut of 72% was economically feasible.

However, the Treasury is understood to have reservations over potential short-term costs to consumers. 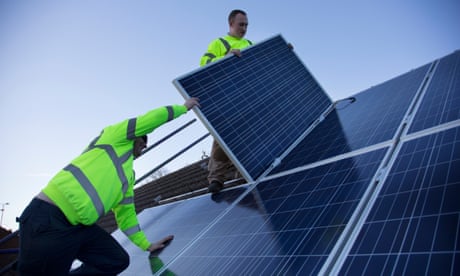 Does the government have a plan for reaching the 68% target in the next decade?

The government has a partial plan, but it does not yet amount to a set of fully fledged policies. Last month, the prime minister set out a list of 10 points which he billed as a “green industrial revolution”, including the phase-out of petrol and diesel cars and investments in hydrogen.

However, critics pointed to the chancellor’s spending review and infrastructure strategy, which contain a £27bn investment in roads, which are likely to raise carbon levels, and weak regulations on the hundreds of thousands of new houses to be built which may not be up to green standards.

This is how fast global CO2 emissions need to reach zero
No country, rich or poor, is immune from the health effects of climate change
Comment