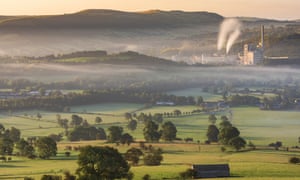 The scientists insisted that such schemes are vital weapons in the battle against global heating and warn that failure to set up ways to trap carbon dioxide and store it underground would make it almost impossible to hold net emissions to below zero by 2050.

“Carbon capture and storage is going to be the only effective way we have in the short term to prevent our steel industry, cement manufacture and many other processes from continuing to pour emissions into the atmosphere,” said Professor Stuart Haszeldine, of Edinburgh University.

“If we are to have any hope of keeping global temperature [increases] down below 2 degrees C then we desperately need to develop ways to capture and store carbon dioxide.”

Carbon capture and storage involves the extraction of emissions from power plants and factories, condensing them and then pumping the resulting carbon dioxide into underground stores. Britain is considered to be well placed to develop and operate such technology given its many depleted North Sea oil fields where this sequestrated carbon dioxide could be stored. 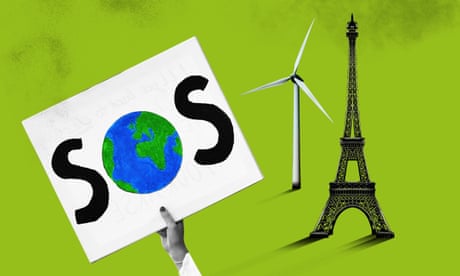 Several CCS development programmes have been launched over the past 20 years but have been cancelled as governments have vacillated over funding.

However, Boris Johnson – as part of his commitment to fight climate change – has pledged £1bn of public funds to help develop four major CCS schemes in Britain by 2030 as part of his plan for a “green industrial revolution”.

The aim is to make the UK a “world leader” in the technology and create thousands of jobs. But campaigners at Global Witness and Friends of the Earth Scotland said last week that a reliance on CCS was not a reliable way to decarbonise the energy system, and published a paper last Monday from the Tyndall Manchester climate change research centre that they said proved that CCS has a “history of over-promising and under-delivering”.

Both groups claimed CCS would not make “a meaningful contribution to 2030 climate targets” despite the investment, and instead urged the construction of more renewable energy plants to be given priority.

But the claims were last week dismissed by engineers and geologists. “These claims are quite unfair,” said Michael Stephenson, director of science and technology at the British Geological Survey.

“The science behind carbon capture and storage is extremely good. It offers us a genuine solution to some of the problems we face in trying to tackle global warming.”

At present, most successes in reducing UK carbon emissions have come from the power industry where renewable energy sources have taken over electricity generation from coal, gas and oil plants.

However, some industries – such as steel and cement industries – emit vast amounts of carbon dioxide on top of those produced by generating the power they consume.

It will be much more difficult to bring down carbon emissions from these plants even though these industries are vital to the UK’s economic strength.

This point was stressed by Haszeldine. “When CCS was first touted, it was seen as a way of cleaning up electricity generated by fossil fuels, in particular those burning coal. But now it is clear it can play a key role in cleaning up other industries.

“We just need to push ahead with its development so that Britain can find ways of removing carbon dioxide from the atmosphere. The longer we delay then the worst things are going to be and claims that CCS will not work do not help.”

What is carbon capture, usage and storage – and can it trap emissions?

Bob Ward, policy director at the Grantham Research Institute on Climate Change and the Environment, was also critical of the green groups’ claims.

“The opposition to CCS technology from some campaigners seems driven by a hatred of fossil fuel companies that is preventing a level-headed understanding of how we can stop climate change,” he told the Observer.

“Together with dithering policymakers, they share responsibility for stopping the UK from leading a global effort to develop this technology.”