Carbon tax would be popular with UK voters, poll suggests

Levies on flying, imports and other high-carbon services could raise £27bn a year by 2030, says Zero Carbon Campaign 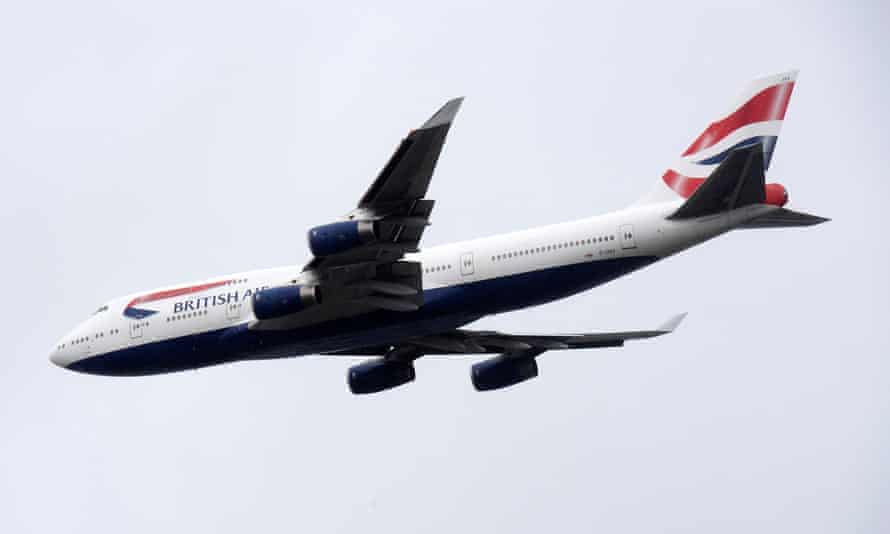 Carbon taxes could be levied on transport including flying. Photograph: Justin Tallis/AFP/Getty Images

Taxing carbon dioxide emissions would be popular with voters, polling suggests, as the government moots ways to put a price on carbon that could help tackle the climate crisis and fund a green recovery from the coronavirus pandemic.

Carbon taxes could be levied on energy suppliers, transport including flying, food, imports and other high-carbon goods and services. At present, the UK levies implicit taxes on carbon, for instance through duties on petrol and diesel, and some heavy industries pay an effective price on carbon. But there are no taxes for consumers that are explicitly geared to the carbon emissions created by the goods and services that they buy.

Two-thirds of people said a carbon tax was a fair way to raise money, and that the proceeds should be spent to benefit the country, according to a poll of 2,000 people carried out by Opinium for the Zero Carbon Campaign, which is trying to persuade the government to put a price on carbon ahead of the UN Cop26 climate summit in Glasgow this November.

A similar number (68%) would also like to see poorer people protected from the impacts of carbon taxes, and there was strong support for redirecting revenues towards creating green jobs and retraining workers, investing the revenues in clean energy, and using them to fund the NHS.

The poll also found a large majority in favour of a “green recovery” from the coronavirus crisis, with 65% of people calling for a green recovery and a similar number wanting the UK to show international leadership on the issue.

The Zero Carbon Campaign has estimated that a carbon tax could raise £27bn a year by 2030, and could work by replacing or simplifying existing green levies on industry. Supporters of the campaign include the actor Stephen Fry, who said: “If [the government] have the courage to make polluters pay, it will save many times more people than have died during the pandemic. Support for the plastic bag tax rose after it was implemented, and it was the same with other measures like the indoor smoking ban. It just requires leaders to lead. And now is the time.”

The government is considering how to place a price on carbon, which could affect the cost of goods and services from food to flying. Large sections of industry are already covered by a carbon trading scheme, on the same principle as the EU emissions trading scheme, which covered the UK before Brexit. A broad carbon tax could face opposition from sectors that could see additional costs, such as farming. However, ministers are under pressure to find ways of reaching the government’s target of net zero emissions by 2050, as well as restoring the public finances.

Many economists advocate a price on carbon as a way of reducing greenhouse gas emissions globally, but attempts to coordinate carbon pricing at an international level have failed to take off. The EU is considering levying taxes on imports of high-carbon goods, called a carbon border adjustment, which is of concern to countries such as China and Australia. The government has stepped back from suggestions this could be a key topic of discussion for the UK’s presidency of the G7 and Cop26 climate summit this year, however.

The prime minister, Boris Johnson, has made public commitments to “build back better” from the Covid-19 pandemic, but the main measure brought forward to achieve a green recovery is now in doubt. The green homes grant was unveiled last summer with £3bn funding to help households install insulation, heat pumps and other low-carbon measures. However, after only one in five of the 100,000 applications made under the scheme have gone ahead, more than £1bn funding remains unspent and ministers plan to rescind the unspent cash at the end of next month.

A Treasury spokesperson said: “We’re committed to building back better and greener from the pandemic. The prime minister recently set out a ten point plan to achieve this green Industrial Revolution and the Treasury’s Net Zero Review is looking at how the transition to net zero should be funded.”

The economic and environmental effects of a carbon tax in South Africa: A dynamic CGE modelling approach

Some Q & A from a recent seminar on the SA Carbon market
NEWSFLASH: Carbon Tax Deadlines and Carbon Tax Policy
Comment