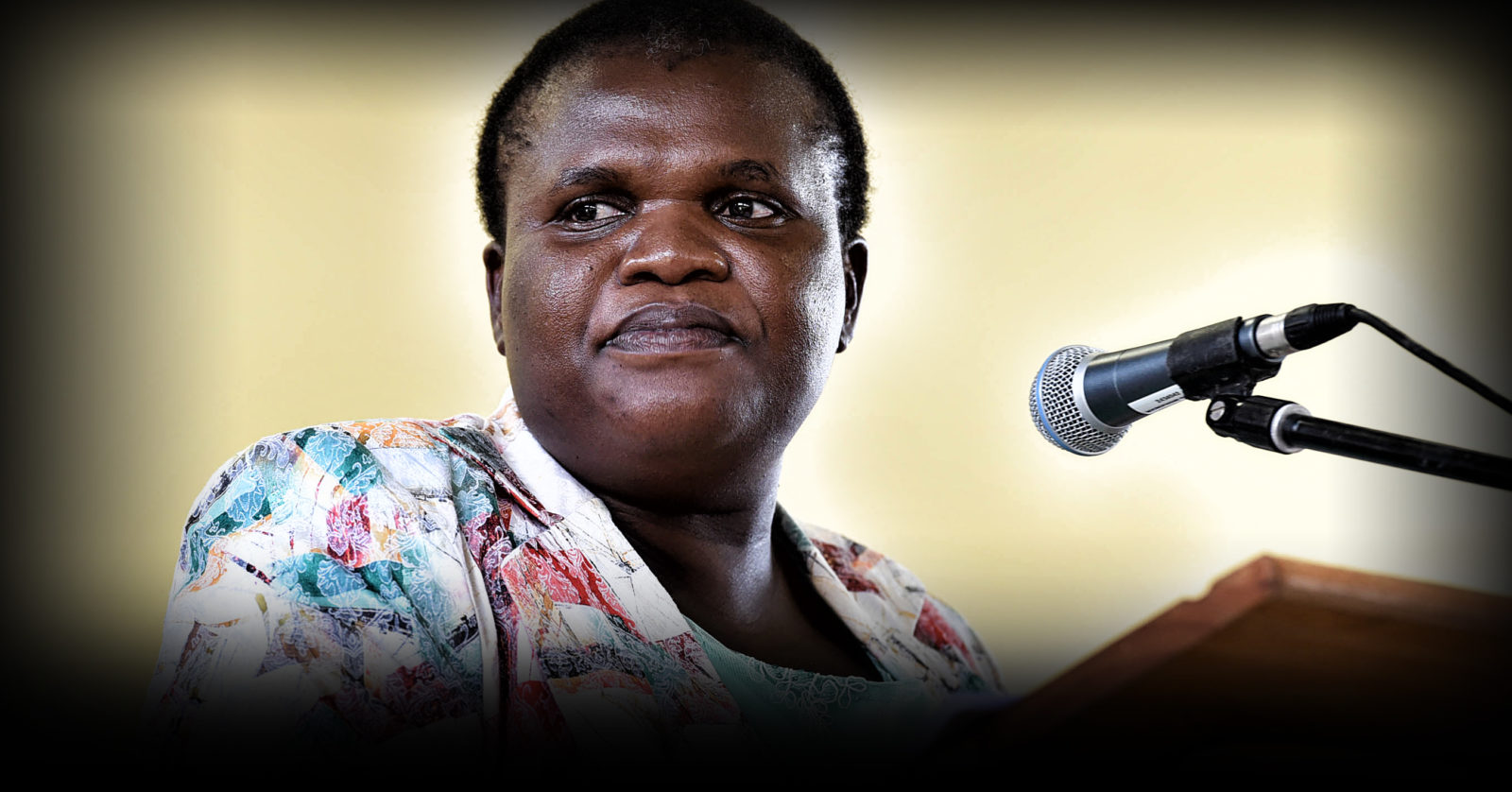 Faith Muthambi, who took over as chairperson of the National Assembly Portfolio Committee on Environment this week, is not a politician known for solving problems — in fact, she has a long history of causing them.

The job of parliamentary portfolio committees is to provide public oversight of the functioning of government departments to see if they are delivering on promises.

Appointing a Zuma wrecking ball like Faith Muthambi — trailing a history of structural damage and dishonesty — to head the Environment Committee sends a strong signal that whatever committee in the ANC made the decision is either unconcerned about the looming problems of the climate crisis and biodiversity collapse or is unaware of them. Alternatively, and worryingly, it sees little value in parliamentary public oversight.

That Muthambi continues to be given positions of influence is puzzling. As minister of communications, according to a Hansard transcript, Muthambi leaked Cabinet memos to the Guptas. Her emails, though directed to Ashu Chawla, the CEO of the Gupta-owned Sahara company, were headed “Hi Tony” and were forwarded to Tony Gupta.

In July 2017 the Organisation Undoing Tax Abuse laid treason charges against Muthambi for the leaks. Its report was referred to Parliament’s communication committee.

In discussions in March 2018, according to the Parliamentary Monitoring Group, MPs across the political divide agreed Muthambi should be charged and “sent to prison”. It is unclear what the outcomes were, but prison was not one of them.

At the Zondo Commission into State Capture, in May 2021, Muthambi admitted sharing classified information, but was unrepentant: “I shared confidential information, but with people I was allowed to.” She said she sent it as part of “stakeholder engagement”.

As minister of communications, Muthambi and Hlaudi Motsoeneng, the SABC’s chief operating officer, were central to the unravelling at the public broadcaster.

In 2015 the Western Cape High Court found that Muthambi had acted irrationally and unlawfully in her appointment of Motsoeneng, who was found to have abused his position of power, committed fraud and maladministration which led to the SABC’s financial crisis.

Parliament’s final report on its SABC inquiry, adopted in May 2017, found that Muthambi “had politically interfered in the public broadcaster” and “displayed incompetence”. The president, it said, “should seriously reconsider the desirability of this particular minister retaining the communications portfolio”. Being Zuma, he didn’t.

With the dust still settling on that debacle, Muthambi was moved to the Department of Public Service and Administration in the controversial 2017 Cabinet reshuffle that saw the departure of Pravin Gordhan and Mcebisi Jonas from the finance ministry.

In her new ministry, Muthambi similarly caused disquiet. A Public Service Commission probe investigated Muthambi’s hiring of more officials to her private office than permitted in the ministerial handbook. Parliament’s public service and administration committee also investigated the minister’s spending of about R300,000 to host guests for her budget vote in 2017, and then ditching a date with MPs to explain herself.

When President Cyril Ramaphosa announced his new Cabinet, Muthambi lost her post. Gone, but clearly not forgotten. In 2018 Daily Maverick’s parliamentary writer, Marianne Merten, reported with bemusement that Muthambi was popping up in diverse positions across the country.

She was in Cape Town serving on the Parliamentary Labour Committee, in Durban for former president Jacob Zuma’s court appearances on corruption, fraud and other charges, and in Tshwane when the ANC National Executive Committee met.

“It’s as if the devastation of the SABC on her watch, misleading Parliament, supplying protected Cabinet information to the Guptas and the repeated delays of South Africa’s digital migration never happened.”

Her latest reward for service to the ANC? Appointment as chairperson of the National Assembly Portfolio Committee on Forestry, Fisheries and the Environment.

The committee will soon consider Minister Barbara Creecy’s innovative policy report on the future of lions, elephants, rhinos and leopards. Where Muthambi’s loyalties lie in that debate or whether she’ll understand its implications for South Africa’s global reputation is anybody’s guess. DM/OBP

OUTA comments on the Energy Budget 2020 for consideration by Parliament

Eskom and SAA crises in focus once more