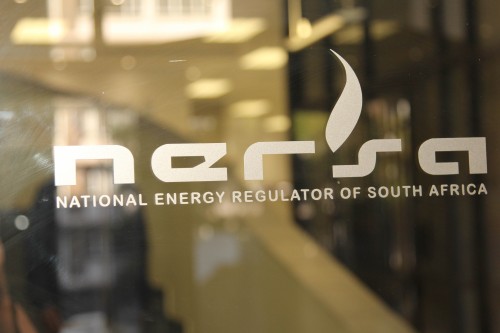 The impact of a proposed average increase of 14.59% in the tariffs municipalities charge business and industries for electricity “on top of existing irrational and inflated municipal tariffs” will be devastating, according to some of the biggest business chambers in the country.

The Association of South African Chambers (ASAC) – which includes the Johannesburg Chamber of Commerce and Industry (JCCI) and its counterparts in Cape Town, Durban, Nelson Mandela Bay, Pietermaritzburg and the Border-Kei area of the Eastern Cape – says in a submission about the municipal guideline Nersa recently published for comment, that the implementation of the guideline will “effectively be a further step towards the destruction of the already ailing South African industry”.

It calls for a fundamental change in the way municipal tariffs are determined to bring them in line with current legislation and allow them to recover only efficient cost and a reasonable return on assets.

According to ASAC, municipalities are currently abusing their position as sole distributors in their licensed areas by charging excessive tariffs “for which Nersa’s flawed guidelines are the perfect cover”.

Moneyweb recently reported that middle-income households in Johannesburg on prepaid electricity are going to face steep increases in the price of electricity, should these tariffs be approved. A customer using 450 kilowatt hours (kWh) per month will see a 44% increase in the price of prepaid electricity because of the double whammy of the steeper increase in the second block of tariffs, as well as the new fixed capacity charge.

Municipalities are currently consulting stakeholders on their proposed budgets, including new service charges and tariffs that will take effect on July 1.

Once the budgets have been finalised, they still need approval from Nersa for the electricity tariffs.

Nersa is expected to finalise its tariff guideline by the end of this month and municipalities that do not exceed the guideline increase and benchmark tariffs Nersa publish generally get the go-ahead from the regulator.

According to the City of Joburg, its average increase is within the proposed guideline.

In its discussion document Nersa proposes a hybrid approach to setting electricity tariffs at municipal level to close the increasing gap between the sustainability of municipalities and affordability of tariffs for end users.

It requests stakeholders to comment on two different ways to determine municipal tariffs.

The first is based on a cost of supply study and is according to ASAC in line with legislation that allows an efficient operator to recover its cost of supply plus a reasonable return on assets. It is the same for all licencees, including Eskom.

The second, ASAC calls the historic municipal tariff methodology and has been in use by Nersa for more than a decade.

Nersa states in the discussion documents that it is aimed at municipalities that are unable to provide cost of supply studies. It translates expected revenue into tariffs. Nersa analyses the revenue forecast and compares it “with municipal costs and revenue requirements and the tariffs regulated using the Nersa benchmarks.”

Nersa uses the following performance indicators and assumes that municipalities that comply with these, will be able to run a sustainable and efficient electricity business.

ASAC rejects this and says tariff determination should be based on credible financial information. Municipalities that fail to supply such credible information are in breach of their licence conditions but Nersa fails to act against them.

“Nersa allows municipalities to be in breach of their licence conditions and Nersa exposes itself to approving tariffs not complying with the regulatory framework.

“The historic tariff methodology has been in place for well over a decade and has become engrained in the behaviour and culture of the municipalities.

“As a result, non-compliance has become deemed compliance, sanctioned by Nersa.”

According to ASAC municipalities prefer the status quo because they derive substantial hidden revenue from electricity tariffs, which boils down to surcharges.

The non-compliance and lack of transparency allow municipalities to continue to abuse the electricity income and procrastinate on systemic problems such as electricity theft. It further allows unlawful cross-subsidisation in favour of voters that keep councils in power.

This, ASAC says, is however short-sighted, amounts to abuse of power and is one of the drivers of the deindustrialisation of South Africa.

The organisation says to keep the historic tariff methodology as an option for municipalities, nothing will change, and municipalities will remain non-compliant.

It calls on Nersa to proceed with a proposal it made last year but was then abandoned. Back then it proposed to use Eskom’s retail tariffs as benchmarks when municipalities failed to provide a reliable cost of supply data.

That, it says, would “at least lead to tariffs that have a base of cost reflectivity”.