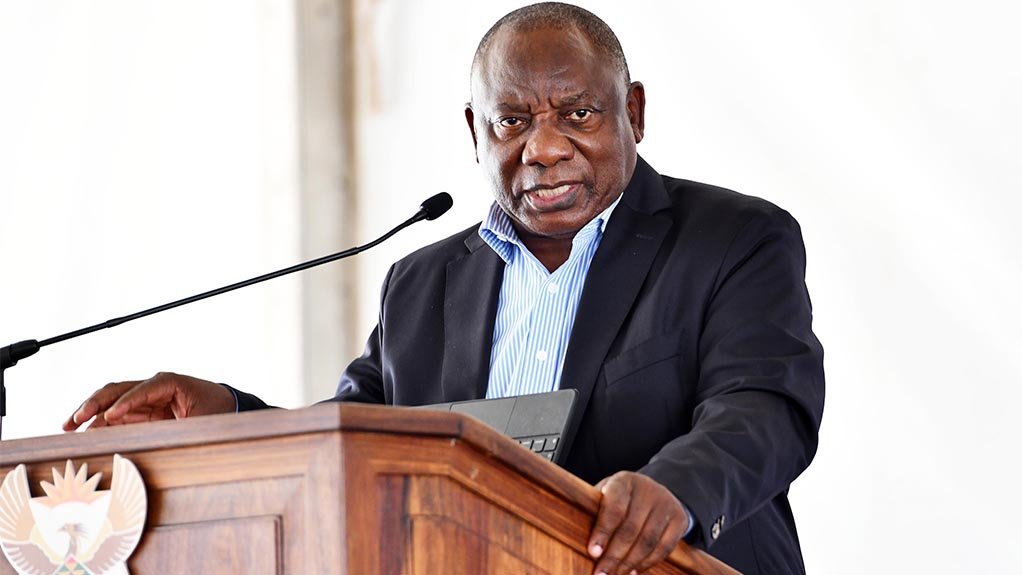 “We owe the board and management of Eskom our full support as they work to turn the utility around,” President Cyril Ramaphosa writes in his weekly newsletter.

Published against the backdrop of a recent bout of Stage 4 load-shedding and fresh finger-pointing over who is to blame for intensifying load-shedding, Ramaphosa insists that the crisis has its roots in events that pre-date the current Eskom leadership.

“Despite warnings from energy experts about impending energy shortages nearly two decades ago, there was a delay in commissioning new generation capacity.

“When construction began on Medupi power station in Limpopo in 2007 it was the first power station to be built by Eskom in more than 20 years.

“Medupi has subsequently been beset by delays, costs overruns and breakdowns due to design problems, with many of these challenges linked to allegations of corruption,” the President narrates.

The existing power stations, meanwhile, were also not maintained properly, particularly as these plants were made to ‘run harder’ to meet the country’s energy needs and “there was insufficient investment in the technical skills needed to operate and maintain power plants”.

“In short, the load-shedding we experience now is the result of policy missteps and the impact of State capture over many years.

“This is the situation that we have confronted since the start of this administration and that we are all working to fix.”

The President’s analysis gels with one offered by Eskom CEO André de Ruyter during a recent load-shedding briefing, where he also reiterated a call for an urgent injection of non-Eskom capacity to help address a supply deficit of between 4 000 MW and 6 000 MW.

It is at odds, however, with a statement made by African National Congress (ANC) economic transformation committee chairperson Mmamoloko Kubayi, who in an interview with Business Day questioned whether Eskom was providing the “whole picture; what they say does not add up”.

In addition, following a flare-up during a recent Parliamentary standing committee on public accounts (Scopa) oversight meeting at Eskom’s Megawatt Park head office, there has been much public argument about where the blame for the crisis lies.

Despite the Public Enterprises Ministry describing Eskom board member Busiswe Mavuso’s conduct as “regrettable” and “unbecoming”, she has since strongly defended her comments – stating that the ANC government was responsible for the “mess” at the utility – as well as her decision to walk out of the meeting after being reprimanded by Scopa chairperson Mkhuleko Hlengwe, of the Inkatha Freedom Party.

Eskom has sought to diffuse the conflict, issuing a statement confirming “constructive and robust engagements” with Scopa and committing to “continue to implement Scopa’s recommendations to demonstrate the entity’s commitment to operational effectiveness and fiscal prudence and to ensure that we can deliver on our mandate”.

Writing his letter under the heading ‘There is light at the end of the load-shedding tunnel’, Ramaphosa acknowledges that a stable and reliable supply of electricity is “a necessary condition for economic growth”.

“That is why we are focused on achieving energy security as one of our foremost priorities.”

He acknowledges that it is difficult to imagine a future without load-shedding, but insists that the steps being taking will “ensure that we get there”, including steps to reduce the country’s reliance on a “single utility for power”.

A joint task team, comprising all relevant government departments and the private sector, is working, Ramaphosa reports, to accelerate investments in new distributed generation projects in line with a recent market reform allowing sub-100 MW projects to proceed without a licence.

“There is a pipeline of 58 projects under development with a combined capacity of 4 500 MW, many of which will commence construction this year.

“The task team is working to speed up environmental authorisation and other approvals,” he writes, without making direct reference to the registration red tape at the regulator that is reportedly holding up many of these projects.

The Renewable Energy Independent Power Producer Procurement Programme, which stalled in 2015, has also been restarted, he states, noting that 2 205 MW have been introduced following the much-delayed Bid Window 4 and a further 5 200 MW of solar and wind power is being procured through Bid Windows 5 and 6.

“This additional generation capacity is due to connect to the grid from late 2023,” the President states, adding that the Integrated Resource Plan of 2019 also provides for a further 3 000 MW of gas-to-power and 500 MW of battery storage to be procured from independent power producers.

The further diversification of generation source will also be supported, he claims, by the reforms outlined in the draft Electricity Regulation Amendment Bill, which was Gazetted for public comment in February.

“The Bill provides for the establishment of an independent transmission and system operator.

“This means that while the national grid will remain owned and controlled by the State, there will be competition among multiple generators selling power to distributors and customers.

“The introduction of a competitive electricity market will unleash new investment in generation capacity and will be a key driver of economic growth.”

Ramaphosa argued that this reform process had already started with the establishment of a separate transmission subsidiary at Eskom in December and with the prospect of full unbundling by December 2022.

“For its part, Eskom is forging ahead with its maintenance programme and with correcting design defects in its plants at Medupi and Kusile.

“It is also decommissioning old power stations that have reached the end of their design life and repurposing others to use cleaner energy sources.

“Eskom is also bringing in additional skills to assist with maintenance, including former employees and experienced plant managers,” he reports, while urging the public to support “the many hardworking employees of Eskom”, who are doing their “best to keep our ageing plants running and supply the electricity the country needs”.