The tentative case for a future PIC investment in Eskom 2.0 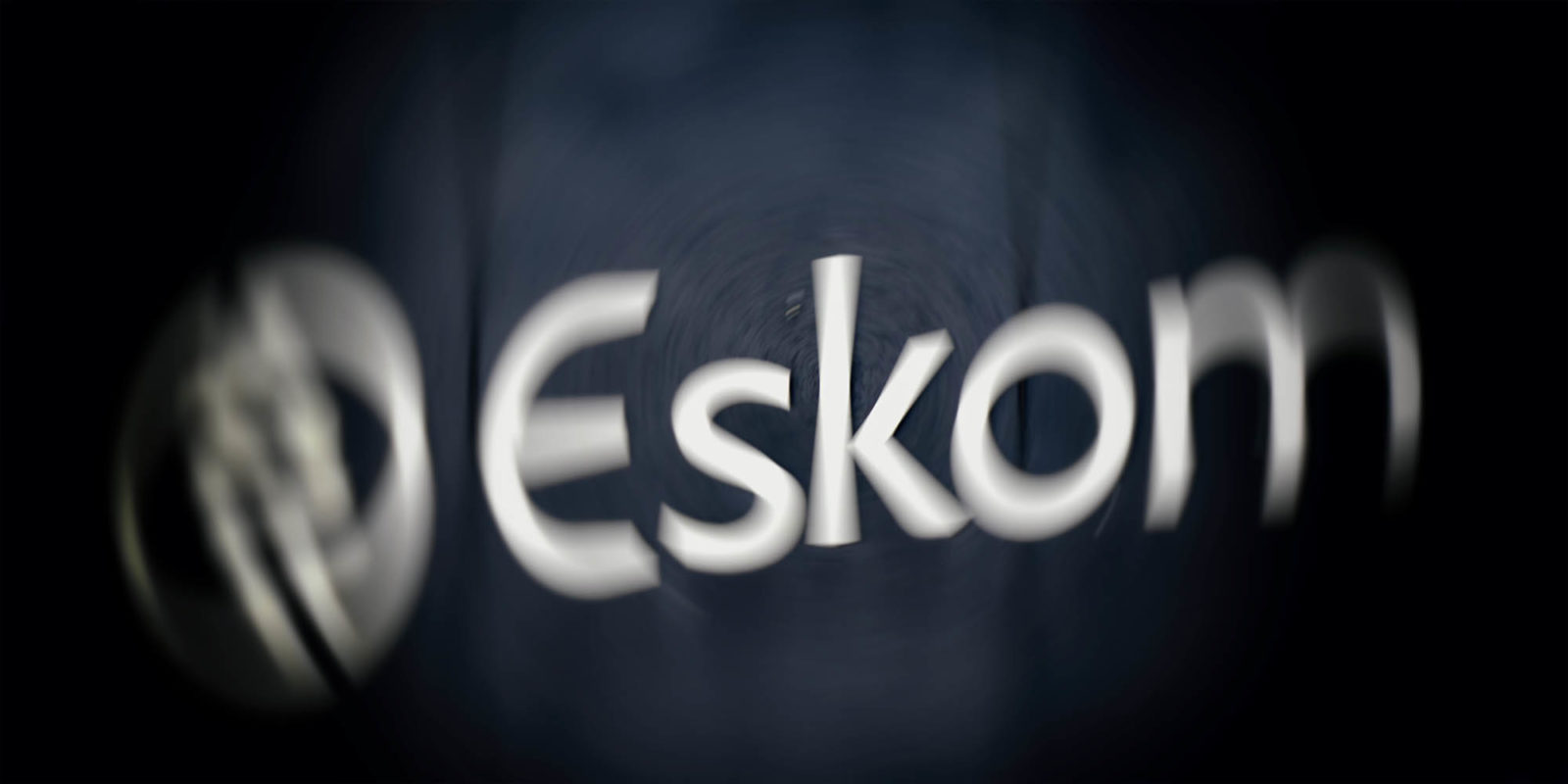 Is there in fact a case to be made for a debt-to-equity deal to be done by the Public Investment Corporation in Eskom? Or perhaps the question is the opposite: Is there any other real option? And if so, what should it look like?

Late in 2019 Cosatu and Numsa suggested that the Government Employee Pension Fund and other pension funds be directed towards providing Eskom with some sort of debt relief.

Cosatu’s proposal, presented just before the Budget in February this year, proposed the creation of a special purpose finance vehicle (SPV) holding about R252-billion in funds which would somehow be deployed to reduce Eskom’s debt by the same amount. When Cosatu first made its proposal, it was controversial and sharply criticised for many good reasons. All pension funds must be administered in the interests of their members and not as a source of funding for over-indebted and loss-making utilities.

Whether as a result of pressure from its membership or the intervening Covid-19 pandemic, despite encouragement from the Presidency and Treasury, this plan, like many others, appears not to have gone much further. The Cosatu representative on this issue, Matthew Parks, is reported to have said that Cosatu understood that funding should respect issues of financial integrity, fiduciary duty and investment mandates. At the same time, there are significant concerns that the government itself has become completely over-indebted and is rapidly heading towards a liquidity crisis, something confirmed by the recent Supplementary Budget. As a result, there are fears that the government will start to look at South Africans’ pension funds and force them to lend to the government via prescribed asset legislation.

Under these conditions of “fear and loathing”, it is hard to have a sensible discussion about recapitalising and thereby saving Eskom. The basic failure of the Cosatu plan is that, to use terminology familiar to that organisation, it fails because of its own internal contradictions.

Cosatu (and its allies) want private capital to be invested in Eskom to relieve its debt burden but are then also opposed to any form of privatisation. It is not possible to have both. It is a contradiction. One can’t make this go away through a sleight of hand, whether through a separate SPV or using other structures labelled with terms like “hybrid”, “mezzanine”, “blended”, “collateralised”, “synthetic” and so on.

Every organisation with a balance sheet has assets on one side and liabilities on the other side. The balancing figure is shareholders’ equity, or the value ascribed to the owner of the firm. As a debtholder (creditor), you are only entitled to be repaid the loan on its terms (mostly dealing with the applicable interest rate and the period). Debtholders have no say in the business, only that the debt is repaid on its terms.

With long-term debt approaching R500-billion and (a stated) equity of R150-billion, the capital structure debt/equity ratio is 3:1. In some respects then Eskom is owned by its creditors (aka partially privatised).

As a shareholder, you own the capital and get to choose how the organisation is run and who gets to manage the business on your behalf, but you are the last in line to receive any benefit – also known as profit –  received after debt servicing, permitted depreciation charges and paying tax. Shareholders are most at risk but also get the most benefit if things are going well.

In the real world, beyond accounting and legal definitions, matters get much more complicated. Loan agreements often prescribe what a company may and may not do, meaning lenders do have a say in how things are run. If a business is very indebted, lenders get a bigger say at the cost of the discretion of owners, and if a business goes insolvent, lenders become (and inherit the rights of) owners. With long-term debt approaching R500-billion and (a stated) equity of R150-billion, the capital structure debt/equity ratio is 3:1. In some respects then Eskom is owned by its creditors (aka partially privatised).

Ownership is even more complicated. As a business grows or as owners of capital own a portfolio of different firms, they, as principals, appoint agents (also known as the directors and management) to run these businesses on their behalf. The board and management are supposed to have specialist skills and knowledge beyond that of the owners. The introduction of agents means that there is another component to the overall mix and they have their own interests, often separate from those of the shareholders. With the board or management separate from ownership, the shareholders’ role becomes circumscribed to setting ground rules and the rights to appoint (or fire) directors and management.

Within this overall dynamic, you have the interests of labour, senior management and the rest of the workforce and the firm’s customers.

In a system that works well, these are the main roleplayers, and the tensions between them are in some sort of balance that, over time, can correct course. These tensions have not been in balance for decades, made worse by the fact that Eskom operates as a vertically integrated monopoly and that monopoly is almost all of South Africa’s electricity sector.

At the root of the problem is that government, operating through the Department of Public Enterprises (DPE), has been a truly awful, awful shareholder. The biggest sin is that it has never either understood or bothered to find out how Eskom actually functions. When things go wrong, as they have been for a decade now, it appears that the DPE or whoever is the minister at any point in time is as surprised as anyone.

There have been multiple examples of this through the years, but a recent one bears mentioning. Early this year, the former Eskom chairman, Jabu Mabuza, had to resign. Mabuza, with no previous electricity sector experience, had been appointed only a year before. The reason for the resignation was widespread load shedding late in 2019 contrary to undertakings made to the president that no load shedding would occur before mid-January. Yet, as vice-president, just five years before, Ramaphosa had chaired the electricity war room dealing with the load shedding of that period. How could the president not have known about the state of Eskom’s plant? Or that undertakings to not have load shedding are meaningless?

When Eskom went to the debt markets every year to raise an ever-expanding and expensive-to-service debt pile on the back of a generous government guarantee programme, did it not cross anyone’s mind to ask whether there was a revenue model to support this debt? Didn’t a huge bailout of Eskom from Treasury in 2015 give any pause? Why was Treasury scrambling around to fund the current R23-billion/annum bail-out package in 2018? How could it not have been obvious?

A core problem, as is the case with many other SoEs, is that government has never really got to grips with what it wanted from Eskom: Cheap electricity sold at below the long-term cost of providing it? An opportunity to pay generous salaries to swathes of faithful cadres? The jump start for black industrialists in the coal-mining sector? Drive industrialisation and claim some sort of hegemonic control over a key sector of the economy? Eskom’s management has run rings around its shareholders and has done so for the longest time.

Along the way, Eskom’s management has “taken the ball” and run with it. Understanding their shareholder, they have sought to run Eskom in an extremely opaque fashion knowing that there is little accountability. We see the results: extremely poor investments, the development of a needlessly high cost base, declining technical, environmental and financial performance and latterly before some course correction under Ramaphosa, widespread corruption.

…using a fresh pair of eyes, it is possible to imagine Eskom, or rather the South African electricity supply sector as a worthy long-term investment.

Eskom’s shareholder, as we see with the ongoing SAA debacle, takes an extraordinarily long time to process itself through all five stages of grief, but almost everyone knows that the Eskom story has run its course. It is over. Almost everyone? Well, Gwede Mantashe, the minister responsible for Mineral Resources and Energy and the chairperson of the governing party, and (separately) the RET (for the worse) crowd seem stuck somewhere between anger and bargaining.

The steps to structure an Eskom 2.0, which starts with unbundling its operating units generation, transmission and distribution, are behind schedule but there is some sort of progress. Formal separation into different legal entities is bedevilled by Eskom’s debt pile and Eskom’s multiple existing operational difficulties. Debtholders need to be assured that their security is not prejudiced – underlying again the fact that Eskom through its debt is already partially privatised in that its creditors have an effective veto.

And yet, despite everything, using a fresh pair of eyes, it is possible to imagine Eskom, or rather the South African electricity supply sector as a worthy long-term investment. Some of its assets, especially the transmission grid, the pumped storage facilities, and even some of its generators are worthwhile. It has a valuable customer base, most of whom don’t really want to get into investing in self-provisioned electricity infrastructure themselves. Eskom still has some of the best engineers and systems people in the country in its employ. There is a kernel of something we could rebuild.

There is a conceivable Investment Memorandum at some point in the future to be sent to the PIC on the following terms.

Of course, nobody who counts is even thinking of having a discussion on these terms, but these are strange and unprecedented times. The consensus view of the Supplementary Budget speech last week is that having failed to deliver on any previous undertakings to rein in debt and spending, the government now lacks any credibility. The SoEs remain a risk to the sovereign as they have been for so long already.

Finance Minister Tito Mboweni is now probably working with his team at National Treasury in preparing the Medium-Term Budget Policy Statement to be delivered at the end of October. It’s going to be grim. We know that already. It must be hard to put in all the work when nobody will believe what you say.

A proper plan for Eskom, maybe even on the above lines, would do a lot to turn things around. At this point, what do we have to lose? Surely it’s worth thinking about at least? BM/DM