Solidarity to take GEPF, PIC to task should they use State pensions to fund Eskom 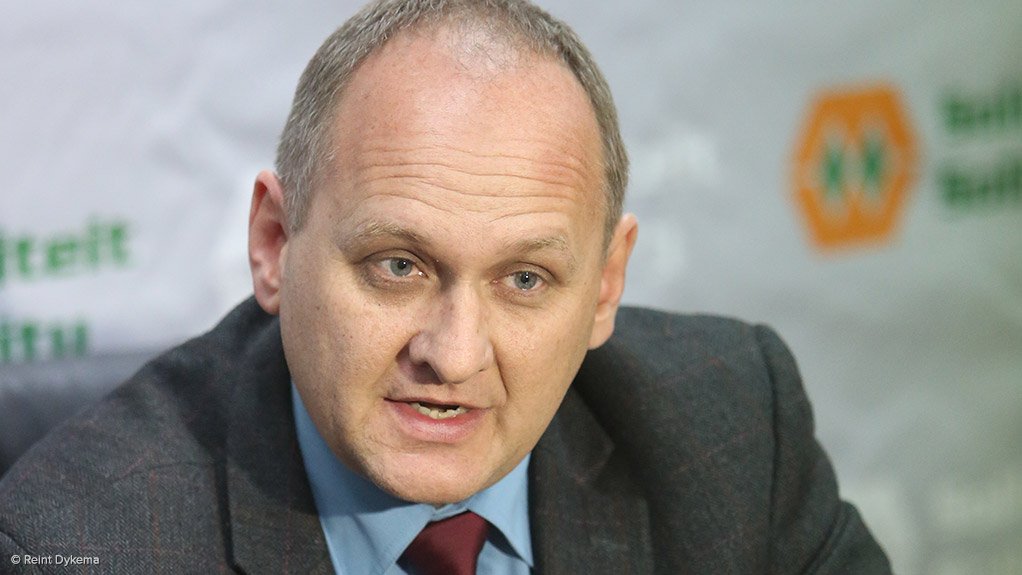 Solidarity has sent a letter of demand to the Government Employees Pension Fund (GEPF) and the Public Investment Corporation (PIC), requesting that the trustees and boards of these institutions not accept any proposals related to providing financing to power utility Eskom.

At a media briefing on Wednesday, the trade union said this was the first step in its legal process to “stop the capture of public servants’ pensions”.

The Congress of South African Trade Unions (Cosatu) on February 3 presented a proposal at President Cyril Ramaphosa’s monthly meeting with his President’s Working Council that R250-billion of GEPF pension money managed by the PIC be used to help Eskom pay down some of its R454-billion in debt.

Cosatu’s proposal involved a special purpose finance vehicle whereby a "social compact" was to be created between government, the PIC and development finance institutions.

The PIC is Africa’s largest asset manager, with R2-trillion in investments and the GEPF is its biggest client.

Cosatu has, meanwhile, put the brakes on talks on the proposed social compact to save Eskom, as disquiet grew in organised labour about the implications of using State pension funds to pay down Eskom’s debt, Business Day reported on Wednesday morning.

Therefore, it is no longer expected that Ramaphosa will announce a framework agreement on the matter in his State of the Nation address on Thursday evening.

Solidarity CE Dr Dirk Hermann said, as far as the union’s knowledge goes, the GEPF had not been consulted on Cosatu’s proposal, or any other proposals related to reducing Eskom’s debt.

The trade union further said the plan had, in the last week, been accepted in-principle by government, including the President and Public Enterprises Minister PravinGordhan, and Business Unity South Africa.

In Solidarity’s letter of demand, the union asked that these organisations not consider proposals of this nature, while calling the trustees’ attention to their fiduciary duties.

The trade union federation also stated its intent to hold trustees and board members personally liable for damages if they do not fulfil their fiduciary duty.

“The mandate of the GEPF and the PIC is to act in the best interest of the client. The board members and trustees may not be influenced by the political agreements of other mandate givers. If goals other than the best investment return for the pension fund member are pursued, they would be unlawful,” explained Solidarity legal service head Anton van der Bijl.

Hermann added that a political gun against the heads of the GEPF and the PIC would mean that the decision would not be voluntary, but enforced.

According to the Solidarity letter, any step or action to use employees’ pensions to save Eskom or any other State-owned enterprise (SOE) would fall outside the mandate of the GEPF and the PIC, and would also be a breach of the contractual agreement with the members of the fund.

“In no way can an investment in a totally insolvent enterprise be in the best interest of the pension fund member,” the union asserted.

“The trustees’ mandate is not to solve the country’s major socioeconomic challenges. Nor is it their task to stimulate economic growth to create possible secondary benefits for pension fund members. Their mandate is to see to it that there is a primary benefit,” said Hermann.

He confirmed that Solidarity would act in the interest of all who are members of a pension fund, not just government officials, since it is never the worker’s responsibility to “fund bankrupt SOEs”.

“First it will be Eskom, later Denel, South African Airways and the South African National Roads Agency’s e-tolls. It starts with the GEPF and what is a ‘voluntary contribution’.

“Later, private funds will be involved and then the involvement will also become mandatory. We are not only contesting this decision, but the full consequences of the decisions that are yet to come,” said Hermann.

Should the GEPF approve a proposal of this nature, Solidarity will approach the High Court and initiate further legal steps.

Solidarity Research Institution head Connie Mulder pointed out that using peoples’ retirement money without their consent would be economically foolish and immoral.

He mentioned that Eskom had gone from being the best power company in the world in 2001 to being almost R500-billion in debt. With a R30-billion operating profit, it cannot get out of debt by itself.

This while South Africa in itself is in a similar debt spiral, with a 60% debt to gross domestic product ratio, excluding SOEs, and a 4.2% budget deficit of R210-billion in 2019.

“Government stole itself into trouble and [now] attempts to steal itself out of trouble again,” Mulder stated.

He highlighted that the GEPF funds in question were already invested at the moment. “This is money that is already generating a return and creating jobs, which will mean that productive money will be taken and put into a black hole.”

Mulder said government should instead, amid a financial crisis, be announcing its plans to cut the wage bill and its expenditure, while using and allocating existing tax money better.

On the procedural front, Mulder noted that almost two weeks had gone by during which other entities were deciding how this money could be invested, entities that do not have the right to decide on the matter, while the GEPF itself had not been consulted.

Financial services group Alexander Forces investment consulting head JaninaSlawski earlier this week in a release explained that prescribed asset policies had previously been used in South Africa in the 1950s and 1980s and delivered significantly lower investment returns than could have otherwise been earned in an unconstrained investment environment.

“If investment returns are insufficient to keep pace with the increase in the cost of providing benefits, then a deficit could arise that the employer would need to fund. For the GEPF that would mean the government, and ultimately the South African tax base,” she explained.

Meanwhile, the Health and Other Services Personnel Trade Union of South Africa also expressed its concern around Cosatu’s proposal and confirmed in a statement that it wrote to the GEPF chairperson to reject any proposals for the fund to be used to bail out Eskom and other debt-ridden SOEs.

Nonprofit organisation Helen Suzman Foundation was of the view that pension fund managers should avoid the risk of over-concentration in any single asset class. "Prescribing assets has in the past proven to be detrimental to fund performance, and going forward it is likely to detract from portfolio returns.

“Prescribed investment policies have generated mostly negative results, and in a significant number of instances they have been financially catastrophic. The fundamental difficulty with prescribed asset programmes is that, because they permit governments to commandeer financial resources, governments tend to view them as a source of virtually free funds, an attitude which severely undermines fiscal discipline."

The organisation added that an economy's scarce financial resources are then perceived to be plentiful, making it relatively easy for the government to misallocate them. The reports in South Africa that the contractual savings industry represents a huge source of funds that should be tapped to finance social upliftment reflect a comparable attitude. Prescribed investment programmes in many countries have eventually led to negative economic growth and hyperinflation.”