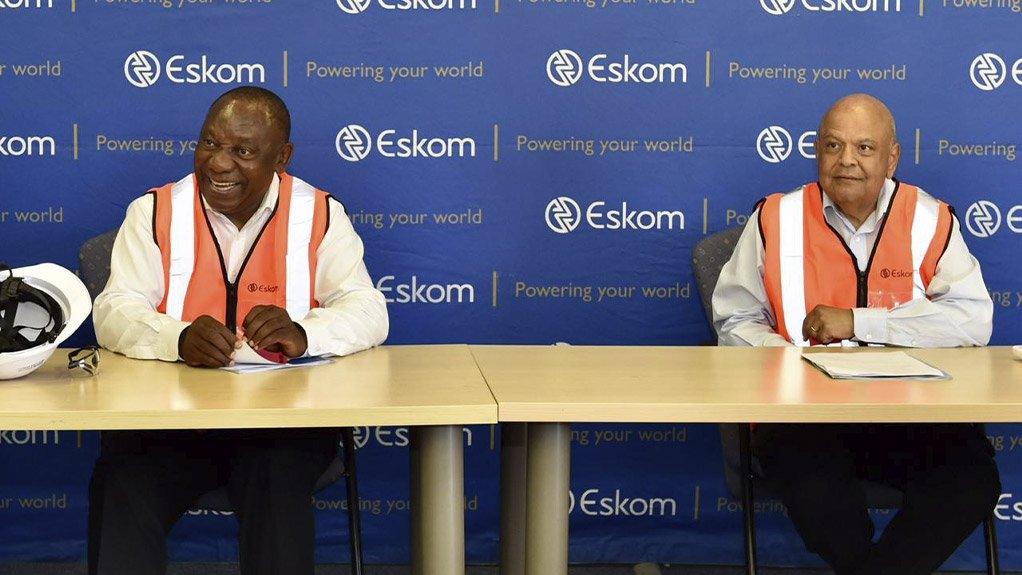 President Cyril Ramaphosa told workers and staff at Medupi power station six times in an address that Eskom would not be sold off or privatised.

The ballooning costs of the Medupi and Kusile coal-fired power stations have put Eskom's balance sheet under severe pressure, but Ramaphosa scaled back criticism when he visited the coal-fired power plant in Limpopo on Tuesday, saying its construction was a "great achievement" that South Africa and Africa should be proud of.

Ramaphosa was accompanied by Minister of Public Enterprises Pravin Gordhanand Eskom acting CEO Jabu Mabuza. His visit coincided with the commercialisation of the fifth of six units at the coal-fired power plant.

The president told workers and staff that privatising Eskom would be like selling the family silver. "You don’t do that".

The president said it was necessary to split Eskom unto three divisions  – generation, transmission, and distribution – saying this was needed to improve its efficiency and make it competitive.

"It is not privitisation."

The National Union of Mineworkers has said it is against plans to split the power utility into three because it will result in job losses.

In brief remarks to media, Ramaphosa said that all six units at Medupi should be fully operational by 2020.

He said the construction of the power station was a "great achievement as a country".

[…] Much as it has taken a little bit long and cost a little bit much (sic) more than we had anticipated – that we have succeeded to build the fourth largest [coal-fired] power station in the world… for Africa this is a great boon, and for Africa and for Eskom this is a major major achievement and a milestone."

According to Bloomberg calculations, the combined costs of Medupi and Kusile have risen to R451-billion, about the same amount as Eskom's outstanding debt burden. The two plants were originally expected to be finished by 2015 at a total cost of R163-billion.

Much greater levels of transparency are needed from Eskom

Risk of load-shedding will be low during lockdown – Mantashe