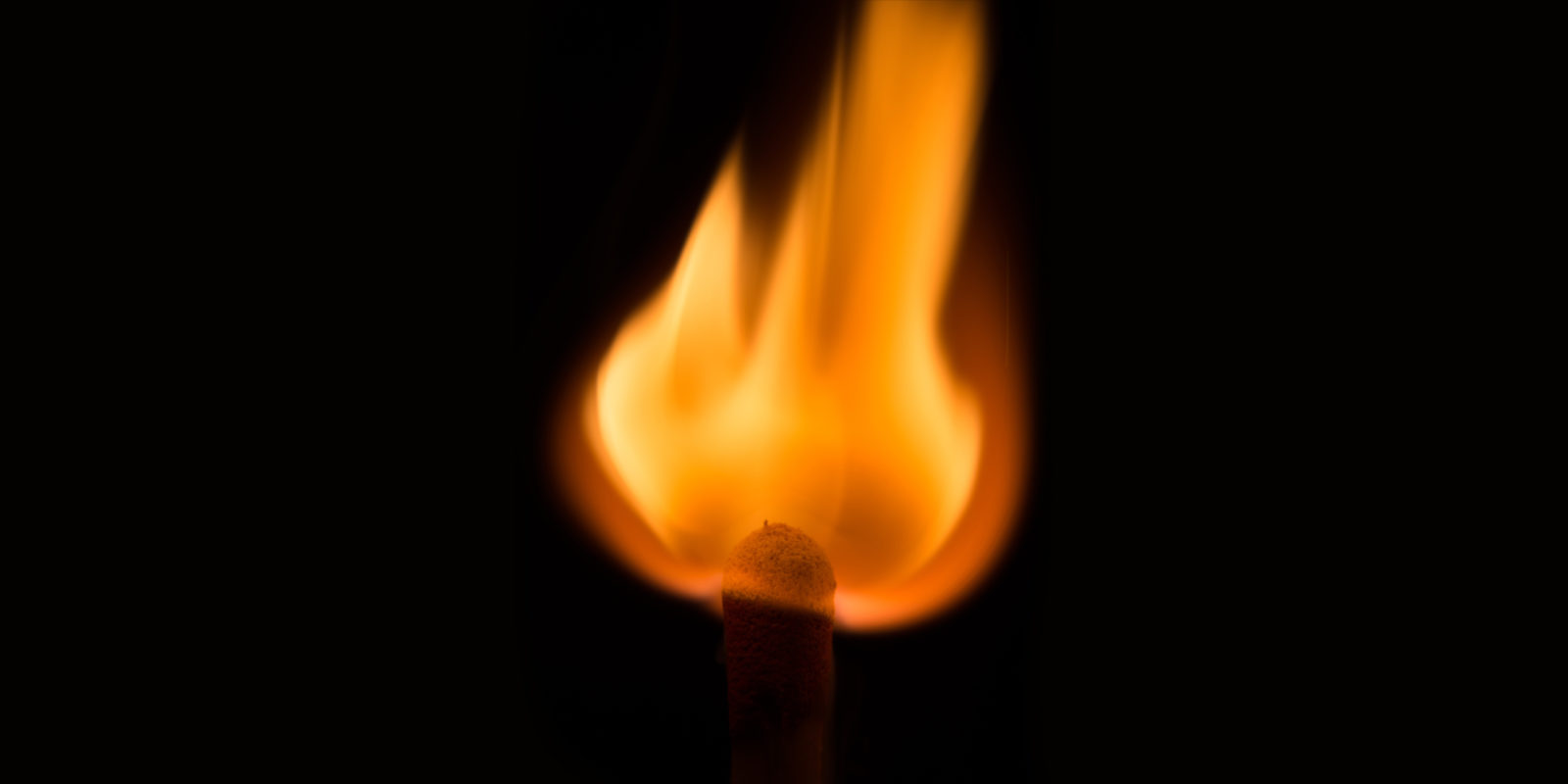 I can solve all Eskom’s problems in one sentence. This is not a brag. It’s just a fact. And it’s such an obvious fact, that I wonder why it isn’t being done. Frankly, I’m suspicious.

We will get to the sentence, but first, here is the background. Years ago, I wrote a column for Daily Maverick in the early days of the site with the enormously provocative headline: “Message to Eskom: screw you”. (Great headline, the brainchild of DM Editor in Chief Branko Brkic.)

The story was about my own personal trials and triumphs living off the grid. In those days, it was something of a novelty, so it was interesting for readers as an experiment about what was then a new kind of lifestyle.

The short version of the story is that my wife and I decided to move to a very remote place in the Karoo. It is so remote (we joke now that we have always been match-fit for Covid-19) that it did not have electricity nearby. We were faced with the tricky choice of bringing electricity in, which would have been a very expensive process. It’s about 5km to the nearest Eskom line. Farmers in the area do this, so it was conceivable, but the line has to be approved and it has to run fairly high off the ground, so that means a pile of poles and a whole construction process.

So for reasons that were neither necessarily environmentally conscious nor perspicacious, we decided to plunge into the wild world of solar power. We had some advantages, in that because we were in control of the house construction process, we could build in power-saving mechanisms. This is important because the less power you use, the less power you need to generate. The biggest issue was water heating because modern water geysers are massively power consumptive. So instead we use gas water heaters and gas cookers. This is important because it does mean transferring existing homes to solar power is often more complicated than simply putting in a few solar panels.

The other complication has been storing power overnight. If I had a rand for every time a solar sceptic, of which there are gazillions, pointed out ever so patiently the astounding fact that solar power does not work at night, I would be a very rich person. Even then there were many options, but we opted for the most obvious: batteries.

Most of our equipment came from a shop in Johannesburg that was run out of a house in suburbia; it was all such a novelty at the time. Now there are solar shops everywhere. After plugging some numbers into their system, our supplier decided we needed at least eight batteries and eight solar panels, and some assorted electrical equipment, and the total cost at the time was about R100,000. At the time, that seemed breathtaking, but since we had no real choice, we plonked our hard-earned moola on the table.

Batteries are tricky. If you put too much demand on the batteries, they don’t last as long, so your usage and your system need to be matched. This is something Eskom knows everything about. Initially, I made the mistake of under-providing storage capacity, and our electricity demands were much higher than I thought. The result was disastrous, and our first set of batteries only lasted a few years.

The result was more digging in the pocket, but once bitten, twice shy, and we forked out around R30,000 for the next batch. By this time, however, battery tech had improved, and instead of normal lead-acid batteries, we bought batteries specifically designed for static use; they were lower-voltage and physically much larger rather than the rejigged, deep-cycle car batteries we had bought previously. But they worked pretty well and lasted seven years, which is within the factory specs, if slightly at the lower end.

But having been in the market, I am very aware of cost trends, and these trends are astounding. Every year, despite the decline of the rand, the price of solar panels has declined and their power increased. It is rather similar to the seemingly inexorable rise in computing power; it just seems like there is no end to the improvements. We spent about R6,000 per panel for a set of 120-watt panels. We added more later, as you can very easily.

The current price is around R2,000 for a 340-watt panel of around the same physical size. But the incredible thing is that those panels we bought in 2010 are still generating almost precisely the same amount of power as when they were first installed. And the power we generate is enough for a fleet of fridges and computers and hair dryers and all the mod cons.

There are big solar and wind projects being planned for SA, but somehow they never get going. Are they sufficient? I don’t think so. Surely this problem needs to be klapped on the head once and for all.

Recently, we have once again taken the plunge and replaced our battery set, this time for lithium-ion batteries. They are pretty scary expensive; for our usage, they cost about R60,000. And yet, they are also a marvel. They hold their power fabulously and recoup lost or used power faster. Kitchen accessories we had decided to do without, including kettles and coffee makers, have now reappeared. And the whole system is now computerised and linked to a smartphone app, so you can tell, with precision, how much electricity is being generated, how much is being used, and how much you have left.

So, how does it feel to not pay Eskom a cent for 10 years? Pretty good actually. But do the costs pan out? The answer is with ease – and getting easier all the time. I have spent, I would guess, plus-minus R200,000 over the past 10 years on my electrical system. Add in the costs of gas of about R500 a month, you could say the all-in cost has been about R300,000 or R2,500 a month for a completely livable lifestyle. Compared to my colleagues paying around R5,000 a month in Cape Town and Johannesburg for their electricity, this looks like a pretty big bargain.

The prejudice in the higher ranks of the ANC and Eskom to renewable energy is really palpable. They hit a high point in 2016 when the former Eskom CEO Matshela Koko complained loudly on social media, and presumably in the lofty towers of government too, that Eskom was generating coal power at around 83c/kWh but was paying around 218c/kWh on average for solar power.

The world was full of scepticism at the time, and major publications like the FT and the Wall Street Journal would run articles about the “hidden costs”, “variable inputs” and “balancing costs” in renewable power – anything to avoid the disruptive new wave. What status-quo preserving, incumbent-protecting junk all these articles have turned out to be. Koko’s costs were accurate, on a narrow view at the time, but he was deliberately ignoring the sunk costs of all the existing power stations in the Eskom fleet, which we now know, can no longer generate power for toffee. Most importantly, he ignored the trend, which showed, even then, that solar and wind power costs were coming down fast.

But here is the coup-de-grace. The cost differences are now just laughable: the latest photovoltaic projects produce power at around 80c/kWh, around half the levelised cost of coal power from Medupi and Kusile. They are insanely cheap, and still coming down! And in a wonderful twist of fate, after his ignominious ejection from Eskom, Koko is now selling solar power to the Zimbabweans.

Eskom has always argued, and still does, that coal needs to be there for something called “baseload power”. It’s just such nonsense; power is power no matter how it is generated. Even if you added nuclear power, you still need to balance the grid. Meanwhile, the children of Mpumalanga choke on coal dust and smoke, while these huge coal power stations belch out poison into the atmosphere.

Why do they stick with this argument? Why don’t they allow the mines to build their own solar plants? Why do we still have load shedding? The lack of electrical power, because of its place at the base of the industrial process, effectively puts a cap on industrial and commercial activity. If it’s very expensive to produce, the effect is the same. Why would you drag around such an obvious ball and chain? Since there is now an obvious, environmentally friendly option, who would not go for that?

The answers to most of these questions remain bafflingly unanswered. Some of the answers are obvious; having paid an enormous sum for the construction of big coal-powered stations, the government is in the invidious position of having to prevent big users from opting out of the system, which would reduce income. And the whole coal-supply chain is now chock-a-block with politically influential, ANC-funding rent-seekers. The hope that somehow Eskom will miraculously stop load shedding lingers, despite the evidence. Confirmation bias is all-embracing.

So, about that sentence. It is this: Eskom should buy a huge number of solar panels and stick them up all over the Karoo, or let someone else do it and buy the power. The Chinese now have three photovoltaic projects that generate over a gigawatt of power each. The largest is the Tengger Desert Solar Park Project, which generates 1,547MW. The trio produces almost as much power as Medupi, but unlike Medupi, their input costs, being sunlight, are zero. And unlike Medupi, they just work.

There are big solar and wind projects being planned for SA, but somehow they never get going. Are they sufficient? I don’t think so. Surely this problem needs to be klapped on the head once and for all.

But the vested interests are too vested, the politicians too scared and the public too defeated. Somehow nuclear energy is now considered the new saviour. It’s beyond ridiculous.

Personally, I’m just massively glad of my off-the-grid system. It’s a tiny gnat in SA’s total power production system, but what a wonder it has turned out to be. BM/DM