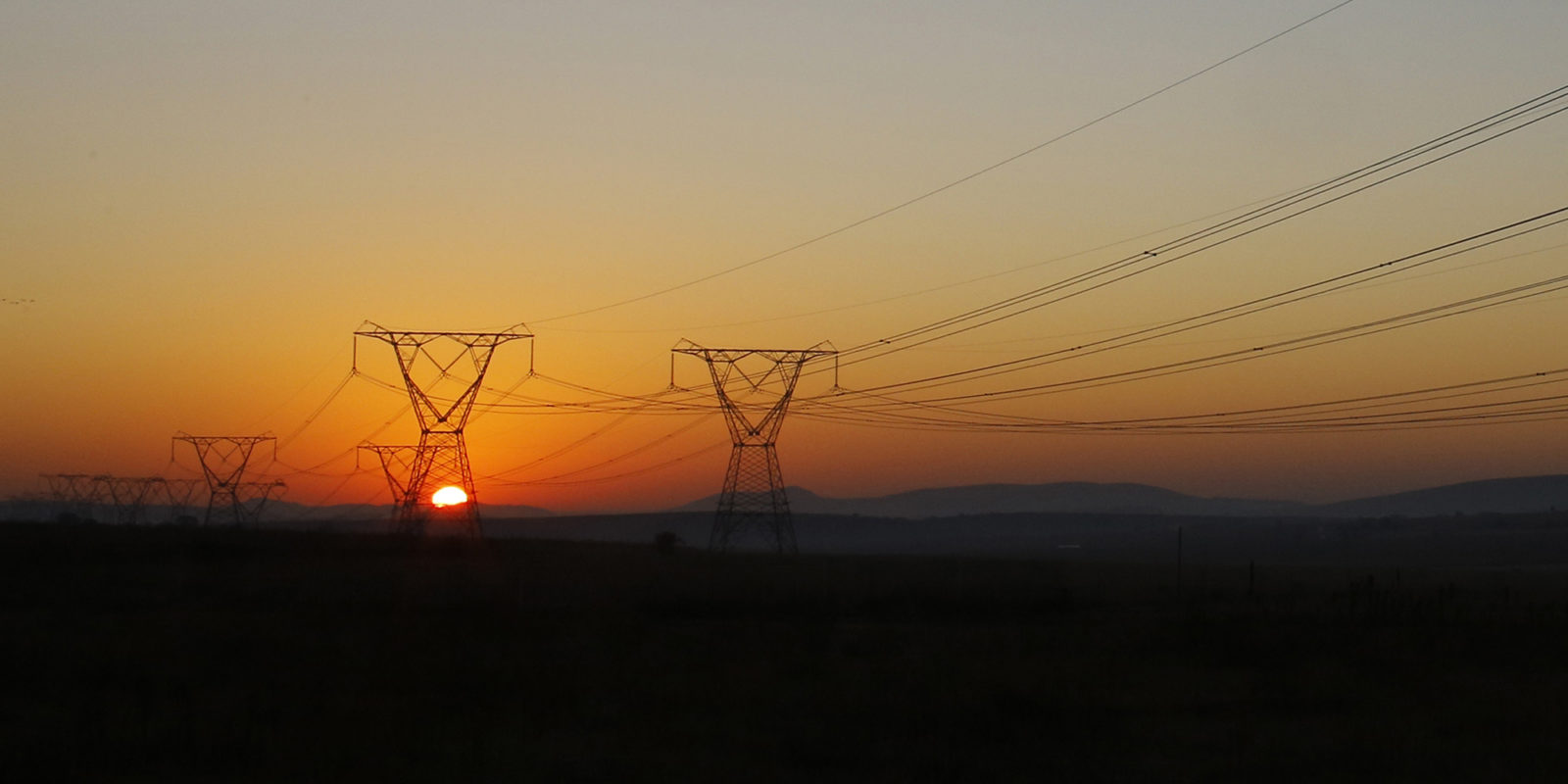 In an online University of Pretoria lecture on Tuesday, Eskom chief André de Ruyter painted a greener picture for Africa’s top emitter of the greenhouse gases linked to climate change.

South Africa is at an energy crossroads, and the path to a competitive future lies in green energy. This is one of the central points of an online University of Pretoria lecture that Eskom’s group chief executive, André de Ruyter, made on Tuesday evening.

“While it may be tempting to demand that the developed world should decarbonise, and allow South Africa to fuel its growth with coal, the reality is starkly different. Our economy, on a per capita basis, is 25% more carbon intensive than China, and double the global average. South Africa emits roughly half the total carbon emitted by the African continent, and Eskom emits about 44% of the total South African carbon emissions. We therefore cannot ignore our carbon footprint,” De Ruyter said.

“In addition, the world is penalising heavy carbon emitters. The European Union’s consideration to implement carbon export tax by 2023, as part of its ‘Fit for 55’ European Green Deal package, will have a negative impact on South African industry. If the proposal is adopted, the European Union will reportedly impose a levy on imports in carbon-intensive sectors such as steel from countries with lower environmental standards than itself.”

So South African exports will be at a disadvantage because the energy that helped produce them comes from coal, raising the spectre of apartheid era style sanctions. Except, in this case, punitive trade measures won’t be directed against a racist state. They will be imposed on an environmental pariah.

“Pivoting to green energy will… create a competitive advantage for South African exports. Persisting with coal will lead to another era of isolation and punitive trade measures,” De Ruyter said.

He went on to say that with this in mind, Eskom was intent on pursuing a just energy transition (JET).

“The costs for renewable energy technologies continue to decline and will add generation capacity sooner than other technologies, thus reducing the risk of load shedding. For example, solar photovoltaic (PV) projects take between 18-24 months to complete, wind projects have a lead time of between 24 and 36 months, and gas requires 24 to 60 months to complete.”

By unflattering contrast, he noted that “coal and nuclear projects take between 10 and 12 years, and 12 to 15 years, respectively.” The mammoth mess-ups that are Medupi and Kusile certainly stand out in this regard.

“If Eskom embarks on the JET timeously, we can use the funds for minimum emissions standards compliance to build renewable energy. To make current and ageing power stations compliant, Eskom must spend more than R300-billion. Taking into account that Eskom does not have the money and that this exercise will not add any generation capacity, will consume significantly more water and require transportation of limestone, this is quite a difficult balancing act,” De Ruyter noted.

He also pointed to the challenge of raising capital for coal because of its links to global warming, which have been underscored by the latest report from the Intergovernmental Panel on Climate Change. The message is clear: coal fuelled the industrialisation of the modern world, but it now must become an economic fossil.

“It is becoming virtually impossible to secure funding for new coal generation projects, and insurance companies are targeting large carbon emitters with punitive premiums, or outright refusal to cover, as they seek to address the root cause of increased claims caused by climate change,” De Ruyter said.

The bottom line is that Eskom’s future energy projects will be green. DM/BM/OBP