It is confirmed, Eskom will be broken into three entities

During his state of the nation address (SONA), the South African President, Cyril Ramaphosa finally addressed the elephant in the room – that is the unbundling of Eskom.

In his speech, Ramaphosa confirmed that government will start a process of splitting the power utility into three units namely: generation, transmission and distribution.

These three separate entities will still fall under Eskom Holdings, he said.

"Eskom is in crisis and the risks it poses to SA are great. It could severely damage our economic and social development ambitions. We need to take bold decisions and decisive action. The consequences may be painful, but they will be even more devastating if we delay." #SONA2019

The Organisation Undoing Tax Abuse (OUTA) has welcomed the announcement “but calls on the finance-lending houses to play their part in restructuring the loans and finding solutions to Eskom's predicament.”

OUTA stated that Ramaphosa’s SONA is a more credible, believable and nation-building speech than what the nation has been used to hearing over the last decade, “but that was to be expected”.“While this gives us hope for much-needed solutions, the test will be in the implementation of these rather ambitious plans,” OUTA stated. Read more: ESI Insights #16: Is Eskom’s privatisation possible?

“South Africa is tired of lip service when it comes to combating corruption and building the economy,” said OUTA CEO Wayne Duvenage. 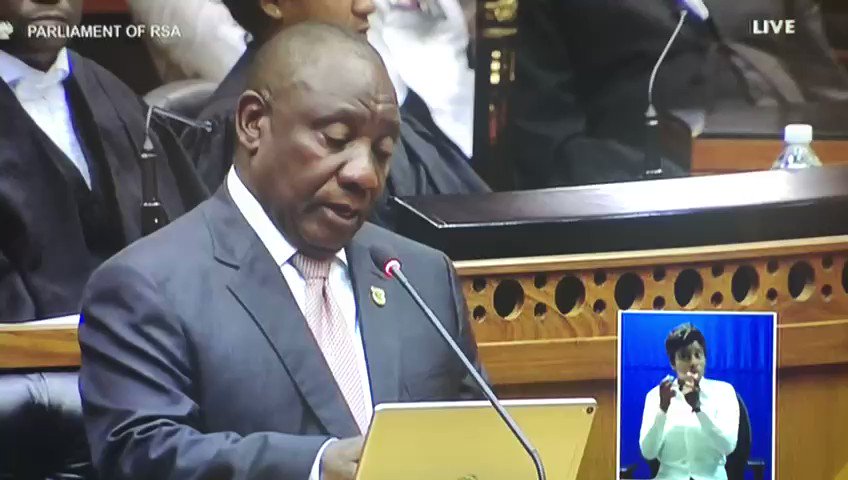