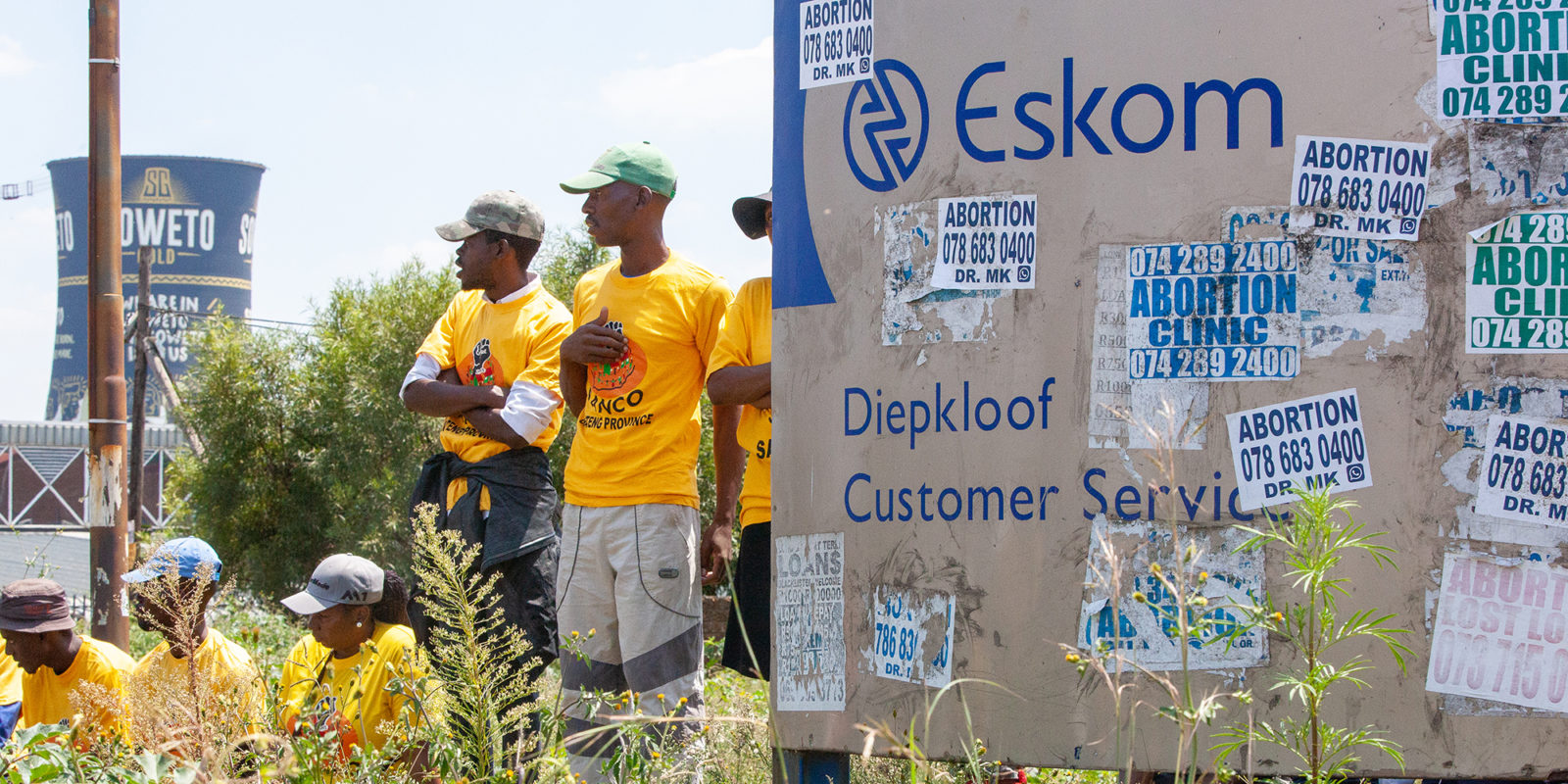 Eskom says it is losing at least R2.5bn in revenue annually due to illegal power connections in Gauteng. Of that, it is haemorrhaging R3m a day in Soweto alone. But illegal connections make up only half of Eskom’s debt problem in the area.

Last year, Eskom officials said that Soweto residents were R18-billion in electricity payment arrears, which included cumulative interest. The former township’s debt load has been a major thorn in the side of the power utility. About 200,000 Soweto residents are direct clients of Eskom, which means that the City of Johannesburg does not collect electricity tariffs from these residents – Eskom does.

Eskom’s senior manager for customer services in Gauteng, Daphne Mokwena, recently told the media that Soweto residents owed Eskom R7.8-billion for electricity, which excluded the R5-billion interest that had accumulated.

In an effort to get more residents to pay their bills, Eskom is installing prepaid meters in households. Mokwena said that nearly 66,000 of these meters had been installed.

“This year we still need to convert about 17,500 meters to prepaid. The remaining installations of about 52,000 will be done in the next two years,” she said.

Eskom spokesperson Sikonathi Mantshantsha told Business Maverick that this would be a long, slow process. “It takes time and effort to engage fruitfully with communities in this regard,” he said.

But the fact remains that many residents cannot afford to pay their electricity bills and have resorted to illegal connections, while other non-payers are entrenched in a legacy of defiance.

Before 1994, at the height of apartheid, residents of townships including Soweto, Katlehong, Thokoza and Vosloorus boycotted paying for services, including electricity, provided by Black Local Authorities.

Eskom embarked on the Electricity for All campaign during the political transition phase before South Africa’s first democratic elections, knowing that its image needed to change and wishing to be seen as part of the transformation by addressing energy poverty. The campaign was incorporated into the Reconstruction and Development Programme from 1994.

But when former activists became members of Parliament after the first democratic elections, the nonpayment culture was already entrenched, and they found it very difficult to change that mindset. The municipal councillors at the time thought the solution lay in moving the collection mandate directly to Eskom. But taking politics out of the equation just made the situation worse.

At the end of 2003 the debt owed to municipalities was around R300-million. Today it stands at R20-billion – and Eskom is the one on the hook for the money owed.

It should be mentioned that, and as confirmed by Eskom, the Johannesburg Metro diligently settles its bills to the power utility every month.

But the debt ditch goes deep in the south side of the city. It lies in the fact that the government, through Eskom and the municipalities, failed to fully electrify previously excluded households after the first democratic elections.

There was huge pressure in urbanised areas to house more people. In response to this demand, adding backyard rooms to rent became a source of income for township residents.

These backyard dwellings were not included in the electrification programme and promoted self-connections that create complications when calculating the actual consumption of the household that is being billed. Such billing errors, overruns and even unlawful extensions have been in abundance. So, although the records show Soweto users have consumed electricity amounting to billions of rand, it is possible that the burden belongs to buildings and individuals not registered on Eskom’s administration system.

This means informal dwellings continue to be excluded from the figures and these households are forced to self-connect or remain energy impoverished.

During his time in office, former president Thabo Mbeki promised universal access to electricity for all citizens by 2012, but the programme got stuck at 70% by the mid-2000s because homes with easy access to the grid had been connected. Under the Zuma administration the initiative ground to a halt.

This led to the defiance campaign intensifying in Soweto. As the electricity crisis grew, when South Africa faced shortages in 2007 the price of electricity became even more unaffordable, further entrenching the culture of non-payment.

Many people viewed non-payment for electricity and reconnecting as being justified by poor service delivery.

And so here we are. The retrospective attempt to recover the billions from Soweto is probably going to lead to more defiance because it is a hypothetical and historical debt, and it is unclear who actually owes what. Apart from that, electricity tariffs collected from backyard renters have become the primary source of income for many landlords in the area.

Industry experts say the government and Eskom should write off these debts, which they have done before, and work on developing a better, more inclusive relationship with communities that could lead to a culture of payment. But that will not happen overnight. DM/BM

South Africa’s troubled power utility is being reset: CEO sets out how

Nersa granted leave to appeal R69bn Eskom equity judgment
Steam generators for Koeberg: ‘the most expensive transport of scrap metal ever in the history of humankind’
Comment