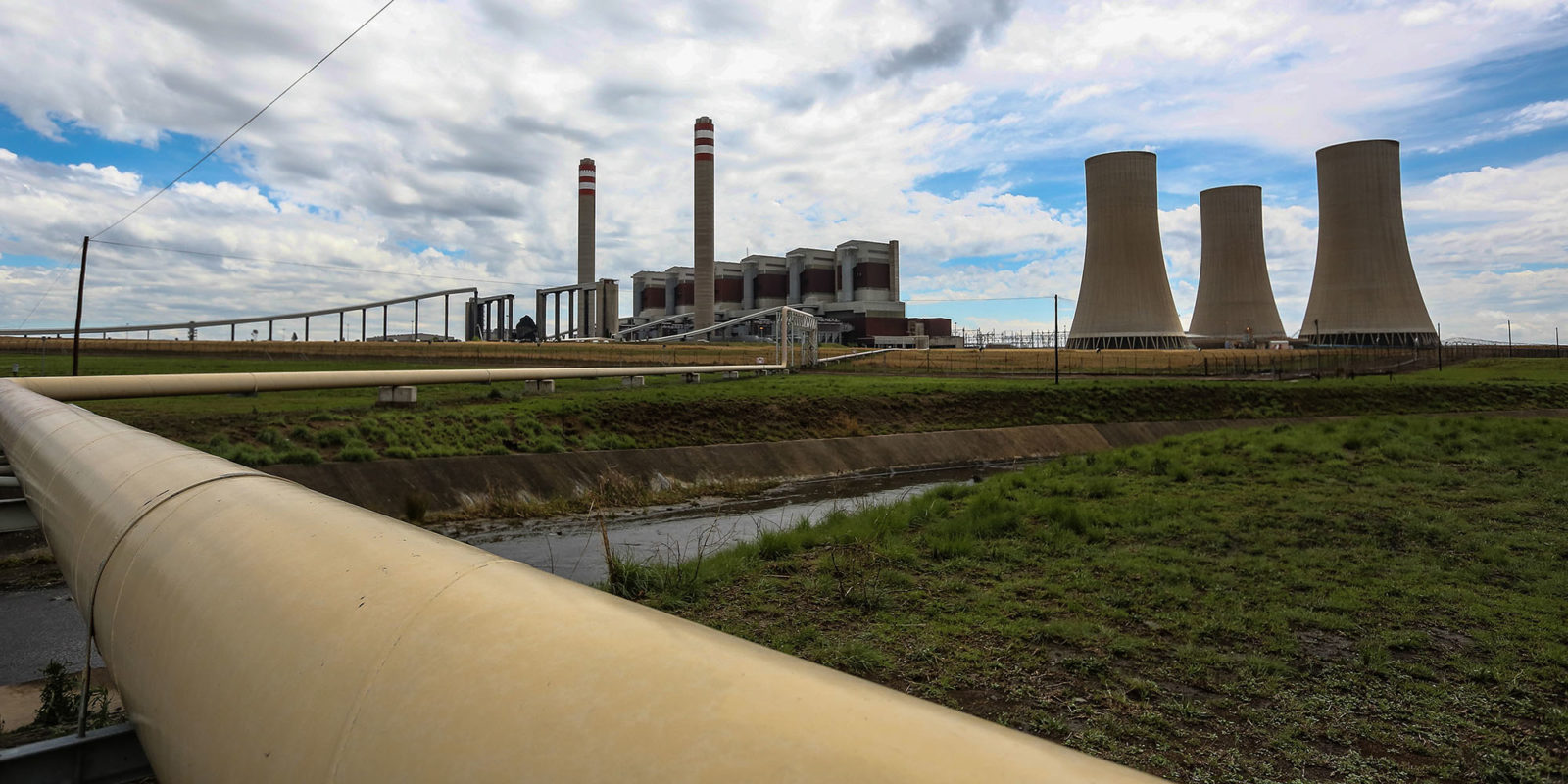 Eskom’s Majuba Rail project presents another stark reminder of the massive costs that are incurred when engineering projects run out of control, and when perhaps well-meaning policy initiatives produce debilitating unintended consequences.

The original business case for the 68km Majuba rail project was authorised in December 2004 with an initial board-approved cost-to-completion (CTC) of R1.5-billion. The current estimated CTC has since ballooned to R5.9-billion, plus R2.1-billion in capitalised interest during construction (IDC). The project is running many years late and is now only expected to be completed by the end of March 2021.

Besides the above project capital cost overruns, the extended time overruns have incurred significant additional internal operating costs and external road repair costs (see below) that have further added to the devastating impact this project has had on Eskom, the built environment, and ultimately on the economy. Nobody at Eskom appears particularly interested in quantifying these openly, perhaps because the realities are simply too ghastly to share publicly.

Background to the Majuba rail project

Eskom’s 4,110MW Majuba coal-fired power station, situated near the towns of Amersfoort and Ermelo in the Gert Sibande district of Mpumalanga, South Africa, comprises three 657MW dry air-cooled units and three 712MW water-cooled units. Construction on the power station started in September 1983, and by April 1996, 13 years later, only the first unit was connected to the grid. The last unit was commissioned in April 2001.

Fourteen million tonnes of coal per annum (14 Mtpa) is required to fuel the power station, and this was supposed to come from a new tied-colliery built and operated by the Rand Mines company. However, the development of the underground works of the mine stopped in 1993, and the mine was prematurely decommissioned when geological faults were belatedly discovered in the coal seam.

As a result of the decommissioning of Majuba Colliery, a branch rail link with a capacity of 8 Mtpa was built from Palmford on the Natal Corridor (Natcor) general freight line between Standerton and Volksrust, to Majuba power station. Due to a surplus of Eskom generation capacity at that time, the construction of Majuba was deliberately delayed, and at the end of the second quarter of 1996, only the first unit was in commercial operation. The capacity of the Palmford rail link from the Natcor line was therefore more than adequate to meet the initial coal supply requirements of Majuba power station.

But from about 2003/2004, Eskom commenced a policy of procuring coal from new emerging sources, which resulted in delivery of coal by road, even though the capacity of Palmford line could still accommodate the volume of coal required. This was because the location of some of the new coal sources contracted to supply coal to Majuba made it impossible to move coal to Majuba via the Palmford line, and coal deliveries by rail were thus supplemented and displaced by delivery of coal by road.

However, based on forecasts of electricity demand growth, Majuba power station had to gear up from a burn rate of 2.2 Mtpa in early 2000 to a required capacity of 14 Mtpa by 2010. The Palmford/Natcor line could not accommodate the increase in volumes, and in early 2000/2001 the need was identified to build a 68km rail line from Ermelo to Majuba, linking on to the heavy haul export rail line from Mpumalanga to Richards Bay.

The new line would have sufficient capacity to transport the full 14 Mtpa of coal required by Majuba power station, which was to be offloaded at the Majuba terminal via an upgraded coal tippler system. This link would also shorten the distance that coal would have to be transported by rail from the Witbank coalfields, thus reducing rail coal supply costs by an estimated 15%. The original business case for this Majuba Coal Transportation System (CTS) Project was approved by the Eskom board in December 2004 with a cost-to-completion of R1.5-billion.

Challenges in executing the project

Significant “challenges” have been experienced by Eskom in executing the project. These include delays in land acquisition for the rail servitude, funding constraints (which finally resulted in R6-billion allocation in a $3.75-billion loan to Eskom by the World Bank in 2010), unforeseen underground conditions, adverse weather conditions, scope changes, and disruptions by community pressure groups.

The inquiry for the coal stockyard optimisation had to be issued three times due to unresponsiveness by the market. The work required for the interface with the operational plant was delayed due to the need for power station outages. These outages were deferred several times due to issues with low coal stock levels at the power station. There were also problems with the signalling system contract and signalling equipment.

Finally, the main contractor went into business rescue and cancelled the contract with Eskom in July 2019, which led to subcontractors also leaving the site.

In December 2019, an incident occurred at the power station where the coal tippler takeout conveyor caught fire, and all coal deliveries by rail to Majuba since that date have ceased. This means that, from December 2019 to date, the full coal supply requirements of Majuba power station have been met by road transport. There have since been delays by National Treasury in the adjudication of a single-source contract, which is critical for the implementation of an expedited execution of the recovery works, and the completion of the Majuba rail project which is currently estimated by Eskom to be 87% complete.

On top of all this, Eskom has acknowledged that its own management of the project has been lacking. There have been several project managers during the execution of the project, with varying qualifications and experience. While Eskom has declined to name or discuss individual performances or names, it is in the public domain that poor project management is at the heart of a dispute between Eskom COO Jan Oberholzer and Mark Chettiar, the former general manager: coal and clean technology, and project manager for the Majuba rail project and the new ash dam project at Camden.

When confronted by Oberholzer about alleged under-performance in managing his project portfolio in September 2019, Chettiar informed the COO that he was taking “sick leave”, and has since been absent on full pay while he pursues the matter at the CCMA.

When responding to specific questions on the impacts of fraud and under-delivery in the volumes and quality of coal to Majuba by road since 2003/2004, Eskom responded that there have been no such impacts arising from this. However various internal and external investigations and reports have indicated that since 2003/2004, the diversification of the coal supply within Eskom resulted in something of a free-for-all, where nepotism and fraud was apparent in the awarding of coal supply and transportation contracts to friends, family members and other politically connected persons.

Eskom has also indicated previously that the most frequent instances of coal supply fraud and coal quality breaches occur during the transport of coal by road, by unscrupulous contractors, to the various coal-fired power stations in South Africa, and that satellite monitoring and surveillance technologies have confirmed this.

Finally, the first tender process by Eskom since 2003/2004 for transport of coal by road to Majuba power station was conducted in 2019, and the utility has since advised that this resulted in a 30% reduction in road transport costs to Eskom. From this, a good estimate of the massive operating losses suffered by Eskom at Majuba – through excessive road transportation costs alone over the last 15 years – can be made.

Furthermore, currently, at Majuba alone, Eskom is incurring additional costs of R62-million per year as a result of road transport, over and above what it would have paid for transport of coal to Majuba using the old Palmford/Natcor rail link. In addition, Eskom has indicated that had the new Majuba rail link been completed as planned, it could handle the full 14 Mtpa coal requirements of Majuba, and would reduce the cost of coal to Majuba by 15% compared to that supplied via the old Palmford/Natcor rail link. Again, from this, a good estimate can be made of the massive operating losses suffered by Eskom over the last decade as a result of the many years of delay in the completion of the Majuba rail project.

Finally, there are the external costs of wear, tear and repair of local, provincial and national roads arising from the transport of coal by road to Majuba power station. When asked about these road repair and resurfacing costs since 2003/2004, eyes glaze over and things become quiet and vague. It seems that nobody at Eskom is prepared to venture a guess. However, a competent firm of civil consulting engineers with road design experience could easily perform a study and provide a good estimate.

But there are now so many vested interests along the road transport supply chain, both within Eskom and in local communities and businesses, that nobody appears particularly interested in quantifying the cost of externalities outside of the direct cost-to-completion and capitalised interest during construction of the Majuba rail project.

Perhaps the figures are too disturbing to the policy positions and project decisions already taken. Eskom now acknowledges that even after the completion of the Majuba rail project, road transportation will continue for some time, and in fact will probably never stop.

The policy started in 2003/2004 to truck coal to Majuba has spawned an entire ecosystem that feeds off the largesse of a state-owned enterprise that was out of control.

A sense of entitlement has developed among parasitic elements both within Eskom and externally to extract as much as they can, with little sense as to value for money and efficiency, the wellbeing and sustainability of the host body, or the national interest.

This begs the question as to whether the extended project delays on the Majuba rail project may have been deliberately engineered by individuals – internal and external to Eskom – whose revenue streams, and those of their politically connected associates, friends and family members in the local coal mining and road transport businesses, would be negatively impacted by the timely completion of the Majuba rail project.

The fire incident on the offloading tippler takeout conveyor and silo in December 2019, which has since stopped all deliveries of coal by rail to Majuba power station, is a particular case in point. DM