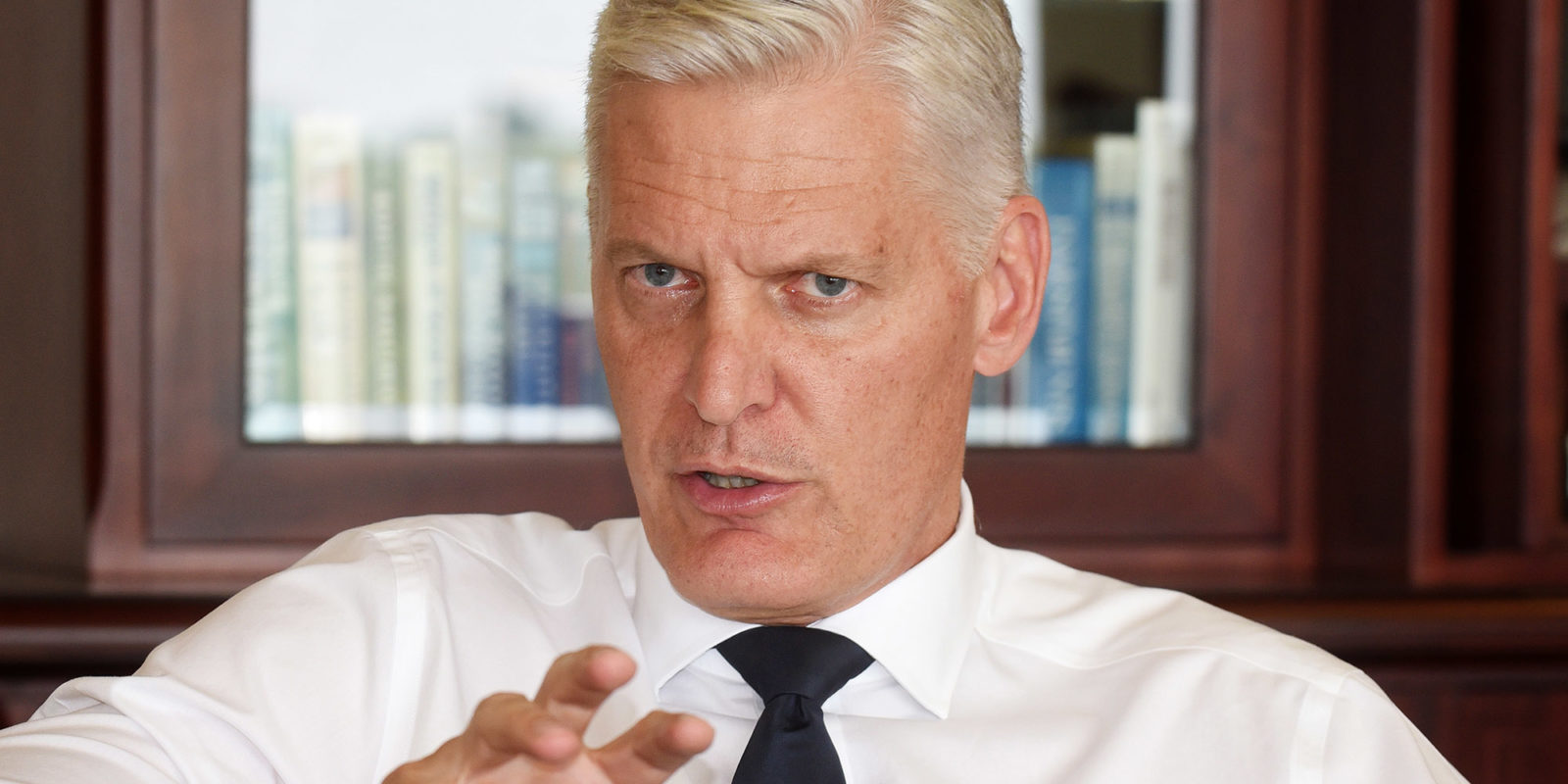 André de Ruyter, CEO of Eskom, says the divisionalisation of Eskom has been finalised, with completion forecast in the first half of 2021. (Photo: Gallo Images / Business Day / Freddy Mavunda)  Less

The state-run power utility posted a small profit in its interim results unveiled on Monday. That is not presumed to last: the financial performance is expected to worsen for the 2021 financial year, with an expected annual loss of R22-billion.

Eskom said in a statement that it had achieved a net profit of R83-million for the six months to September 2020. But the financial lights are already fading and the company said its “financial performance is expected to deteriorate in the second half of the financial year due to seasonality factors, with increased summer maintenance and expenditure required to ensure security of supply, coupled with reduced demand and lower summer tariffs”.

CFO Calib Cassim said this was forecast to lead to an after-tax loss for the 2021 financial year of about R22-billion.

Maintenance is of course crucial to keep the lights on and the utility said that its “reliability maintenance programme is in full swing”, with more than 15% of capacity under planned maintenance, which is equivalent to more than two large power stations. It is the unplanned outages on top of that which typically lead to load shedding.

Shockingly shoddy municipal governance continues to be a financial drain. Municipal debt arrears swelled to R32.9-billion by 30 September 2020 from R25.1-billion in September 2019.

And Eskom’s own debt remains a major cause for concern. As of 30 September, Eskom had secured R19.6-billion, or 48% of its funding requirements of R40.7-billion for the financial year.

“The shareholder provided a further R6-billion in support, with the remainder from the R56-billion committed by government expected by yearend,” Eskom said.

But Cassim warned that “our access to funding in both domestic and foreign markets remains constrained, owing to low investor confidence as a result of poor financial performance, saturated borrowing capacity and the recent rating downgrades. These factors have a direct effect on market appetite and Eskom’s future cost of borrowing may hinder the execution of our borrowing programme.”

“Junk status” has a very material impact on borrowers.

Group chief executive André de Ruyter said the “divisionalisation of Eskom has been finalised”, with completion forecast in the first half of 2021. So, in the face of considerable union and political opposition, the separation of Eskom into three separate units — generation, transmission and distribution — seems to be on track. This is the big development to watch in 2021. BM/DM