The Turkish disaster has brought home the grave costs of mining. But hysteria-led policies will only make matters worse 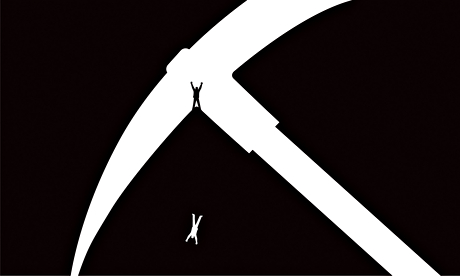 The death rate among Chinese miners may be down from some 6,000 a year at the turn of the century, but is still over 1,000 a year.’ Illustration: Noma Bar.

If 300 workers were to die in a nuclear accident or a shale gas blast, such an energy source would be doomed. Not so coal. Coal is the filthiest and most polluting form of energy, and the most dangerous to extract. I recall my Welsh grandfather boasting that none of his sons had “gone down the pit”. Yet coal continues to exert a mesmeric hold on the world’s imagination, especially on the left.

The stampede to exit coal is a worrying harbinger for LNG: Russell